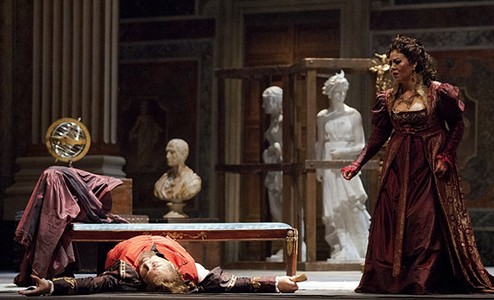 ABAO Bilbao Opera announces two new recitals in the cycle ABAO on Stage scheduled for the months of February to May, within the ABAO Opera Live cultural program that the Association has been developing since last January with the sponsorship of the BBVA Foundation.

The ABAO on Stage cycle responds to the will and commitment of ABAO Bilbao Opera to offer live shows and direct and thrill the public as it has historically done, supporting culture in any circumstance, even in the most adverse ones like the ones we are going through today.

Due to the current situation that has forced the health authorities to take measures in order to control the Covid-19 pandemic, ABAO Bilbao Opera considers the celebration of the opera unfeasible Tosca Puccini planned for the days 22, 25, 28 Y 31 of May, with the presence of great artists.

The capacity limitation to 600 viewers per show, would force to expand the number of representations and duplicate distributions, leading to significant economic repercussions, further aggravated by the impossibility of putting tickets on sale to the amateur public. Mobility restrictions circumscribed to the historic territory prevent members from other autonomous communities from going to. further, The established time limitation forces the performances to end at 20:45h, which in practice makes it difficult for members from Araba and Gipuzkoa to attend. This restriction would also force the beginning of the opera to be brought forward at 18:00h, which would cause a new inconvenience to people who have to reconcile attending the opera with their working day.

For all these reasons, the Board of Directors of ABAO Bilbao Opera has made the decision not to celebrate the opera Tosca. It is an unwanted decision by those responsible for the Association, but prudent and necessary in these circumstances.

The most sought-after artists in ABAO on Stage.

Since the start of the pandemic, ABAO is working with the clear will to keep cultural activity alive, always collaborating with the authorities and modifying the programming to adapt to the circumstances arising from this extraordinary situation.

After the great success of the soprano Lisette Oropesa, that he 6 February set up the Euskalduna Bilbao auditorium in the first recital of the ABAO on Stage cycle and the artist's first in Spain, the parade of lyric stars has not ceased in the programming of ABAO on Stage.

In February on that same stage, the magnetic and shocking Anita Rachvelishvili, the best mezzo-soprano verdiana today, debuted at ABAO Bilbao Opera accompanied by maestro Vincenzo Scalera with an extensive recital of Russian opera and repertoire, which obtained a great reception from the public and critics.

In March the undisputed teacher and composer Pedro Halffter, considered the Spanish director of reference in the Wagnerian repertoire, offered the Philharmonic Society an exciting journey through some of the Leipzig composer's best-known works.

April: a new recital and the ABAO on Stage Gala.

The next 17 of April, the Philharmonic Society will host a recital starring two interpreters much loved by the Bilbao public: Carlos Alvarez, one of the most beautiful Verdian lyrical baritone voices of the last decades, and the versatile Rocío Ignacio, one of the most outstanding sopranos of her generation, with a program of duets and arias from well-known operas.

The ABAO on Stage Gala will bring together the 24 April at the Euskalduna Bilbao to eight great artists as a tribute to culture and as an act of recognition to the singers who have been affected by the impossibility of celebrating some of the operas of the season. Carmen Solis, Itziar de Unda, Silvia Tro Santafe, Celso Albelo, Sergio Escobar, Moses Marin, Juan Jesús Rodríguez and Simón Orfila, will sing a combined opera and zarzuela program at ABAO for the first time.

Sondra Radvanovsky, the most desired soprano in the best theaters in the world, will perform the 1 May at the Euskalduna Bilbao, with an extraordinary opera program. The Troubadour, The pirate, Sicilian Vespers, La Gioconda O Manon Lescaut, are some of the works to which this great among the greats will give voice to the Euskalduna Bilbao.

The same stage will host the 22 May the debut in ABAO of the Bulgarian soprano Sonya Yoncheva, undisputed star of today's world of opera, claimed at La Scala, Paris, London or the Metropolitan.

Ainhoa ​​Arteta, Teodor Ilincai and Roberto Frontali close the cycle on 29 of May.

The cycle will close on 29 May at the Euskalduna a very special recital: Tosca on Stage, with Ainhoa ​​Arteta, Teodor Ilincai and Roberto Frontali, the three main protagonists of the opera that was scheduled to close the 69 Opera Season.

ABAO Bilbao Opera recalls that opera, culture, It is a basic instrument for social development and the dissemination of values, for which reason it will continue to make every effort to maintain Bilbao as an international operatic benchmark..

For its remarkable resilience in the face of this pandemic crisis ABAO Bilbao Opera thanks the partners, to collaborating companies and institutions and the general public, your understanding and support in these exceptional circumstances.