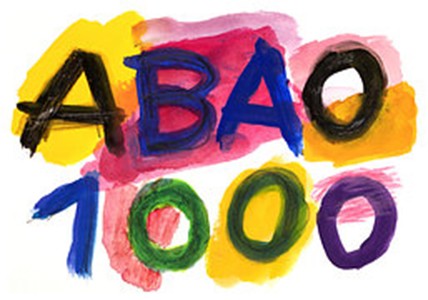 ABAO-OLBE (Bilbao Association of Friends of the Opera) recovers Semiramide Rossini twenty-four years after his last performance at the Coliseo Albia. This title belcantista par excellence, quintessence of vocal tradition of the eighteenth century in which arias and duets brilliant acrobatic coloratura occur with traditional structure, but both musically, and vocal style and orchestration, follow the innovations adopted by Rossini in Naples, up on stage next days 16, 19, 22 Y 25 February.

This tragic melodrama composed of Pesaro Swan for La Fenice in Venice, It is the last opera that the composer wrote in his Italian stage. Based on the tragedy "Semiramis" Voltaire on the legendary character of Semiramis of Babylon, its plot is a heady mix of romantic intrigue and maneuvering for power.

An exceptional opera for voices

To enliven the quartet protagonist of this opera Rossini characterized by its great musical quality and "beautiful singing" on stage, ABAO-OLBE has assembled a cast led by the Italian soprano Silvia Dalla Benetta, who returns to Bilbao after his success as 'Gulnara' in Il Corsaro, to give life to the Queen 'Semiramide'. Beside the Italian mezzosoprano Daniela Barcellona, recently nominated as best female singer in the '2019 International Opera Awards', returns to ABAO to address the role of 'Arsace', transvestite role that involves an additional difficulty by having the interpreter to concentrate on looking at all times a man both musically and scenic. Close the quartet the Menorcan low Simon Orfila who voices 'Assur' and tenor José Luis Sola as 'Idreno'. They are accompanied by bass Richard Wiegold as 'Oroe', soprano Itziar de Unda as 'Azema', the tenor Once Josep as 'Mitrane' and low David Sanchez as 'Nino Ghost'.

In the musical section, teacher Alessandro Vitiello in front of the Bilbao Symphony Orchestra He puts music to an opera rich and lush orchestration in his own words "It represents the culmination of classical operatic, formal perfection achieved by Rossini”. This section complete Bilbao Opera Choir, directed by Boris Dujin, that provisions strategic location, It acts as a witness of what is happening in court and in town.

Ah! I remember that day every hour. It is the cavatina of Arsace, in Act I. Arsace's character has come to Babylon.

Bel-range lusinghier. Definitely, one of the most famous opera arias of all iconography and perhaps lyric soprano.

Assur, my signs. Another great moment of the score is this duet from Act II between the characters of Semiramide and Assur blaming the death of King Nino. Assur killed but gave poison Semiramide.

On stage a production of the San Carlo di Napoli, which you can be seen for the first time in the country, signed by who was considered one of the great innovators of Italian theater Luca Ronconi, a born innovator who scored with his strong personality and theatrical productions and operas, the profile of modern performing arts. He directs the opera in Bilbao Marina Bianchi and participate in the assembly 140 artists. Breathtaking scenery, with 51 eye movements, and dominated by surprising elements, They represent the drama in all its depth and symbolize a power vacuum and violent. The guiding principle of the scenery is a primitive world in ruins where guilt devastates the soul of the characters. French couturier Emanuel Ungaro author costume design, plays with breastplates that emulate naked torsos, "A mirror of depravity, the place where civilization has disappeared ".

A masterpiece to all

To enjoy this opera until the last note there is a wide range of prices in the localities. A) Yes, those under 35 years have four different areas between 36 and 58 € and eight zones ranging in price from 62 and 98 €. For those over 35 years, There are six areas with locations between 56 and 82 € and ten spaces with prices from € 100.

Andrea Merli, stars in the fourth conference of the cycle of introduction to opera organizes ABAO-OLBE, prior to the premiere and free of charge, in the Bilbao Fine Arts Museum, in order to know the most important aspects of each title of the season.

Andrea Merli, It is music critic, essayist and lecturer. He collaborates with the magazine L'Opera and Milan correspondent of the magazine Opera Actual. His interest in music and opera has led him to publish numerous works in theaters and specialized media. For over a decade it has an opera program on RAI Radio.

The appointment is Friday 15 February in the Auditorium of the Museum of Fine Arts (access door by Chillida) to 19.15 hours. Free entry until complete seats.

He Wednesday 13 of March partners ABAO-OLBE and all opera fans are invited to meet the programming designed to 2019-2020. The 68th opera season in Bilbao brings titles in Italian, French and German, four co-productions ABAO-OLBE and two premieres in Bilbao. In the troupes will visit large and well-known figures of lyrical and musical notable teachers. We unreleased productions in the country, many cultural activities and many important developments within the Association that will be disclosed in the presentation, whose closure will have a very special performance.

The appointment is in the Arriaga Theater at 19:30h. The invitations to attend the gala can be booked by calling 944 350 100 or by writing to inscripciones@abao.org and may retire at the offices of ABAO-OLBE from 12 February, Prior reservation and registration.