Parallel activities to the opera Bomarzo 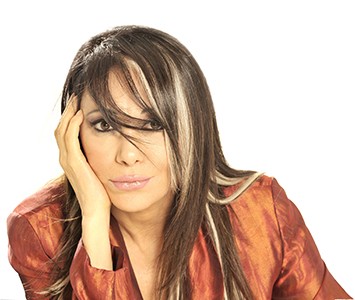 He Teatro Real offers a tango concert series coinciding with the premiere of the opera in Spain Bomarzo, from Alberto Ginastera. The cycle starts with Lidia Borda (20 of April) Y Patricia Noval (26 of April), They are performing at the Auditorium of the School of Music Reina Sofia, and continues Ariel Ardit (3 of May) Y Adriana Varela (6 of May), in the Main Hall of the Royal Theater. Concerts are integrated in parallel programming to the premiere in Spain of Bomarzo, of which five functions will be offered between 24 April and 7 of May. He 25 of April Maria Bayo will offer an evening of Latin American music at the Royal Theater, with works by Ernesto Lecuona, Yves Prin, Astor Piazzolla, Heitor Villa-Lobos and Carlos Guastavino, accompanied by an instrumental group. parallel, FOUNDATION JUAN MARCH scheduled three concerts with free admission day 19 of April, 3 Y 10 of May, part of the cycle Ginastera, of nationalism to magical realism. In the National Library will be open the exposition Bomarzo: where monsters do not die (of the 20 April to 25 of June). Full schedule a new session approaches, colloquy with music, he 19 April at 20.15 in the Sala Gayarre Teatro Real.

Cult singer in Argentina, with a long career and several albums to his credit, Lidia Borda It is one of the most respected interpreters of tango. Its versatility and different records will allow you to explore other languages ​​with equal mastery and musical styles, deep into everyone with depth, sincerity and emotion.

His aesthetic and career have a conceptual substrate, based on an evolutionary aesthetic discourse and a permanent search, As you can be seen in the Program which will offer on Real, in which he will play tangos of different periods and aesthetic, with the complicity of the pianist and arranger Daniel Godfrid, his artistic partner in the last decade, and the collaboration of his most faithful musicians: Ariel Enrique Argañaz (guitar), Paula Silvana Pomeraniec (violoncello) Y Pablo Motta (double bass).

This interpreter Buenos Aires, who began his career in the years 90 in Patagonia, gives his tangos treatment contaminated by other musical universes, but always with an unmistakable style arrabalero.

Visceral and expressive artist, Patricia Noval emphasizes the theatrical side of the tango, moving fluidly in tragedy or comedy. In the Real will offer a Program which it includes some of the best known tangos, along with Yazmina Raies Aldeco (piano), Ivan Diego Valenzuela (double bass) Y Cindy Jocelyn Harcha Abuhadba (bandoneón).

The art of Ariel Ardit It is part of the historicist parameters tango, He is devoting much of his career to the interpretation of their traditional variants with different orchestras, evoking the prodigious decades of the twentieth century who captained the great Carlos Gardel.

For his performance at the Royal Theater will bring a Program qualified Carlos Gardel symphonic in which he will pay tribute to the legendary performer with the help of Andrés Linetzky (piano and arrangements), Ramiro Boero (bandoneón) and the Head of the Royal Theatre Orchestra, under the direction of Gonzalo Ospina.

popular singer and transgressive, living legend of the tango, Adriana Varela voice sings night and a "rocker soul" which claims as the daughter of his generation. Conceiving each topic with a dramaturgy own, "Account" tangos with tear, intensity and passion, caressing melodies tangentially, never subordinated to them.

Meeting with the soprano Isabel Penagos opera which premiered in Washington in 1967 and David Afkham and Pierre Audi, musical and stage directors Bomarzo.

20 from April to 25 of June | National Library of Spain. Minimum room

Exposition: Bomarzo: where monsters do not die

Selection of drawings and engravings of the Five hundred

24 from April to 7 of May | Teatro Real. Seventh floor

Collection of the Museum of the Writer | Mounting: Modern Art Center

*This concert can be followed live on Channel March.es

Tango with Adriana Varela: By the turn

*This concert can be followed live on March.es.with