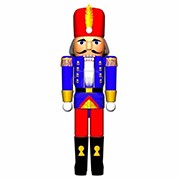 Auditorium Theater San Lorenzo de El Escorial Community of Madrid hosts, of the 21 al 30 December the Christmas festival, with the premiere of the fantasy about Nutcracker Chaikovski, Agatha Ruiz de la Prada five concerts for all audiences. The Christmas festival of San Lorenzo de El Escorial opens its doors on Saturday 21 from December, to 19:00, with the world premiere of ballet Nutcracker. This is one of the most famous ballets of the classical repertoire, with Tchaikovsky score aesthetically reviewed by the multifaceted Agatha Ruiz de la Prada and dramaturgically by Iker Gomez and Manuel Garzón. All the magic of childhood, Christmas dream and take on new dimensions through dance and image, work embodied Institututo University of Dance Alicia Alonso Ballet and Chamber Madrid.Percusión and classic carols and contemporáneosEl Friday 27 December at 19:00, Amores Grup de Percussió give a family concert, under the title Drums peace, includes a program highlighting the calls for brotherhood and peace at Christmas time, as a ritual executed from different cultures and tradiciones.La Christmas music also feature prominently in this festival. A) Yes, Saturday 28 December the Choir of the Community of Madrid, under the direction of Pedro Texeira, It will give a concert with carols and music from the fifteenth century to the present. Christmas in Renaissance and contemporary world works construed Guerrero, Lopez-Morago, Helvey, Rubbra, V. Williams, Lauridsen, Jolliffe, López-Graça, Carrapatoso and Whitacre, among others. Carols always be displayed in a new format this year, interpreted with an unusual orchestration, quintet metals piano and chorus. This concert will be on Sunday 29 December and Youth Choir of the Community of Madrid will be accompanied by Spanish Brass Luur, one of the most experienced groups in the national and international scene that have made the repertoire for an ensemble of metal is much wider, since they themselves have written many works.
The story of Peter and the Wolf, with music Sergei Prokofiev, comes to life on stage by the musicians and their instruments, who they star in history and narrated in a beautiful adaptation to today. The PyeL Company presents this new production where musicians and actors come together in the same person to give life to the characters. At the same time, a new script and musical arrangement that enhances the educational aspect gets bring this classic to young and old alike, transmitting the values ​​of friendship and responsibility. A simple but effective staging complete the score and makes the concert a theatrical experience. This concert takes place on Sunday narrated 29 December at 12h.El festival will end their gold brooch with charity concert of children's choral Malagasy Gospel, whose profits will go to the Agua de Coco Foundation and its campaign to give an opportunity through music to those child victims of child labor exploitation. Malagasy Gospel is an integrated coral 40 girls aged 11 Y 17 years from Madagascar. their songs, expression of their identity and a symbol of cultural diversity, They approach the public to culture and Madagascan music. This time, They delight audiences with an original gospel and jazz show on Monday 30 December at 20h.