Celso Albelo returns to the Liceu 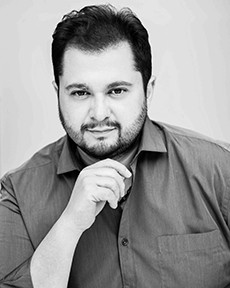 After succeeding with his Duke of Mantua in Verdi's Rigoletto its debut at the Opera de Oviedo, the tenor Celso Albelo will head to Barcelona to return to the stage of the High school, this time playing the role of Nicias de Thaïs from Massenet. With this romantic character from the French repertoire, Albelo will show a different facet to the high school public that knew him only for his bel canto characters, having sung on the stage of La Rambla La Sonnambula and I Capuleti e i Montecchi, both of Bellini. In March he returns to the Liceu to share the stage with Placido Domingo; both singers have worked together before, occasion in which the legendary Madrid artist defined the Canarian interpreter as “the number one Spanish tenors”. Two performances await both of them - in concert version, days 1 Y 4 of March- of this little represented masterpiece of the French repertoire that he will direct Patrick Fournillier in a cast that the sopranos complete Nino Machaidze Y Sara Blanch.

Later, and among other actions, Maria Stuarda awaits you at the Carlo Felice Theater in Genoa and Rigoletto at the Chorégies d'Orange Festival (France).