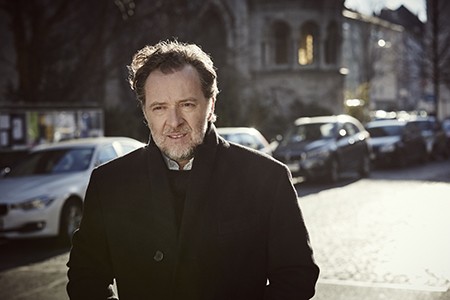 He National Dissemination Center Musical (CNDM) in coproduction with the Teatro de la Zarzuela, will present next Monday 13 from January (20h00), at XXVI Ciclo the Song, German baritone Christian Gerhaher with his usual pianist Gerold Huber. Both artists address the closure of the monograph devoted to Gustav Mahler who last started 30 September 2019.

His exemplary interpretations of lieder by Huber have created school. Both of them often act in international settings, as in the Lincoln Center in New York, the Concertgebouw in Amsterdam, the Philharmonie in Cologne and Berlin, the Konzerthaus and Musikverein in Vienna or the Wigmore Hall in London, among others. Gerhaher it is also regular guest at festivals as the Rheingau Music, London Proms, Festivals Edinburgh and Lucerne and Salzburg Festival.

Last season, focusing particularly on recitals lied, he presented five different programs with Gerold Huber in Salzburg, Milan, Munich, Berlin, Leipzig, Vienna, Baden-Baden, Geneva, Paris, London, Madrid and Schwarzenberg, and a US tour. It is an exclusive artist for Sony Classical. Assiduous interpreter CNDM, Gerhaher he has participated in twelve editions of the Lied.