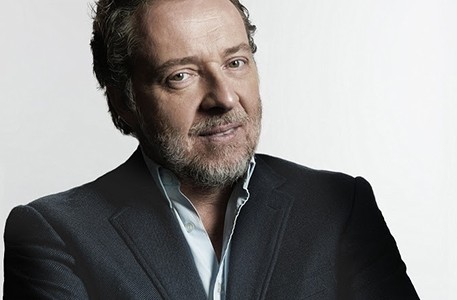 He National Dissemination Center Musical (CNDM) and the Teatro de la Zarzuela they inaugurate the next Monday 30 of September he XXVI Ciclo the Song. Chosen to open this edition are German baritone Christian Gerhaher and pianist Gerold Huber, one of the most successful and outstanding duos on the leadership scene actual, who will present the first part of a monograph dedicated to Gustav Mahler. The second round of this program will be held on 13 of January of 2020.

Tickets for all concerts, with a general price 8 a 35 euros, and are on sale at the box office of Teatro de La Zarzuela, INAEM network of theaters, 902 22 49 49 Y entradasinaem.es.

According to Luis Suñén in the hand program: “Has Christian Gerhaher ever said that his highest aspiration as a singer is to get deep into the interpretation of the German art song”. As part of this aspiration, the Bavarian baritone will reel off the Liederistic language of Gustav Mahler in two sessions: during the opening appointment of the cycle (30 of September) and early next year (13 from January 2020). In this first recital, Gerhaher and Huber will introduce us to the Mahlerian world closest to the popular tradition through the legendary cycles Songs of a traveling fellow (Wayfarer's Lieder) Y Des Knaben Wunderhorn (The boy with the magic trunk) (selection), as well as in the hallucinatory lyricism of the Kindertotenlieder (Songs of the dead children).

His exemplary interpretations of lieder by Huber have created school. Both perform frequently on international stages, as in the Lincoln Center of NY, el Concertgebouw de Amsterdam, the Philharmonie de Colonia and Berlin, the Konzerthaus and the Musikverein of Vienna or the Wigmore Hall London, among others. Gerhaher is also a regular guest at festivals such as the Rheingau Music, London Proms, the festivals of Edinburgh Y Lucerne and the Festival of Salzburg. Last season, focusing particularly on recitals lied, presented five different programs with Gerold Huber in Salzburg, Milan, Munich, Berlin, Leipzig, Vienna, Baden-Baden, Geneva, Paris, London, Madrid Y Schwarzenberg, as well as in a US tour. It is an exclusive artist for Sony Classical. Assiduous interpreter CNDM, Gerhaher has participated in twelve editions of the Lied Cycle at the Teatro de la Zarzuela.