Davinia Rodríguez Elvira will be in Beijing 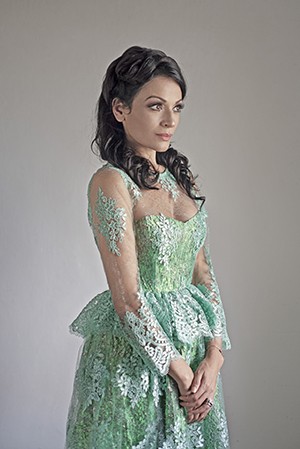 The agenda Davinia Rodríguez continues to consolidate on the international circuit. He is having debuted in February as the protagonist of the opera Thaïs by Massenet at the China National Center for the Performing Arts in Beijing (NCPA), Canary diva back in November that scenario this time to get into the skin of Donna Elvira, one of the women deceived by Don Juan, the Spanish erotic myth that inspired Mozart for his great Don Giovanni. "I have a great memory of my debut in this amazing theater in the capital of China", said the singer, "Where I was struck by how attentive and caring which is the Chinese public, and now I return with another character who I love and who already sang at the Festival dei Due Mondi in Spoleto (Italy)”.

The Spanish interpreter knows very well the work, as it also has in the other great repertoire deceived by Don Juan, Donna Anna, who sang in Bilbao. "These are two characters who complement each other and each has great moments in this masterpiece of the history of opera is Don Giovanni". Finally he added that "what they say that Mozart again now and then is very healthy for the voice is a great truth, because it helps you stay in good condition, even more so if I come to sing more demanding as Verdian roles are roles, they have to contend with orchestras much larger than the Mozartian ".

Davinia Rodriguez just won the Verdi Festival in Parma, the most important dedicated to the work of Italian composer, nothing less than tucked into the skin of the dreaded role of Lady Macbeth, which debuted in Vienna in 2016. Now, in this new return to the Mozartian repertoire, will perform in Beijing days 27 Y 29 November and 1 from December. Later, he 28 Y 29 from December, They expect him two New Year concerts with the Symphony of Las Palmas Alfredo Kraus Auditorium in the capital of Gran Canaria.