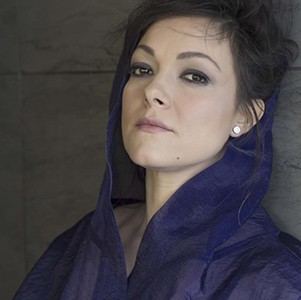 The soprano Eleonora Buratto, a favorite maestro Riccardo Muti singers, who for a decade usually works in the most famous international stages, Elettra will in the next release of the Royal Theater: Idomeneo, King of Crete Mozart, con musical direction of Ivor Bolton and stage firm Robert Carsen. After its extraordinary success in its debut at the Royal Opera House Micaela (Carmen), and before his performance in Simon Boccanegra Verdi alongside Placido Domingo in the Wiener Staatsoper, Eleonora Buratto returns to the scene of the Madrid coliseum to play, for the first time, the princess of Argos, in love with Idamante; mozartiano role to play again in April at the Teatro Massimo of Palermo. Three years after his acclaimed Mimì (La boheme) the Gran Teatre del Liceu, next July, Mantua soprano returns to Barcelona coliseum, to debut the role of Luisa Miller in Verdi.

Considered by audiences and critics as a singer of extraordinary talent, the young Italian soprano has an extensive resume of performances in the most famous festivals and opera houses internationally renowned as the Salzburg Festival, Festival Aix-en-Provence, Ravenna Festival, the Arena di Verona, the Teatro alla Scala in Milan, the Metropolitan Opera in New York, la Lyric Opera de Chicago, la Vienna State Opera, the Royal Opera House in London, la Opera de Zurich, the Teatro San Carlo in Naples, el Teatro Opera in Rome, the Teatro Real in Madrid, Gran Teatre del Liceu in Barcelona, the Semperoper Dresden or Dutsch National Opera in Amsterdam, among others. Also active in the field concertístico, He has sung Stabat Mater Rossini with the Orchestra and Chorus of the Royal Theater in the Cathedral of Toledo, en Roma junto a la National Academy of Santa Cecilia, and the Teatro Comunale in Modena, in a tribute to his teacher Luciano Pavarotti; the Petite Messe Solennelle Rossini at the Wiener Konzerthaus and the Philharmonie Luxembourg; the symphony No. 4 Mahler, the Four last Songs and the Requiem Verdi at the Teatro San Carlo in Naples; the symphony No. 2 Mahler in the Opera Florence, and the Mass in B minor de Bach en Chicago, accompanied by the Chicago Symphony Orchestra.

His upcoming engagements include his return to the Metropolitan Opera in New York and debut at the Staatsoper Berlin, in addition to performances in London, Tokyo and Amsterdam.