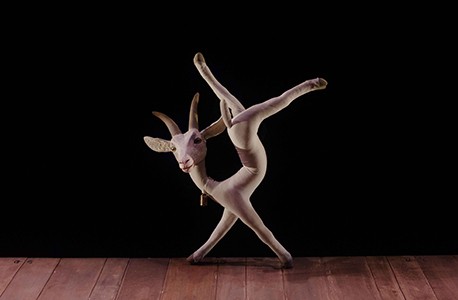 Next Saturday, 9 of November, programming Royal Junior will reach the main hall Teatro Real to offer the premiere of the award-winning production Acrobat and Harlequin, Grenadine company La Maquiné, Inspired by Pablo Picasso stage pink, during which the painter was fascinated by the circus.

La Maquiné returns to the Royal Theater with its distinctive visual language in which actors, puppetry, audiovisuals, shadows and objects give rise to a simple show, different and magical, in which the music of French composers Erik Satie (1866-1925) Y Francis Poulenc (1899-1963), with piano performance of Daniel Tarrida and singing Noah Lifona, accompany the narrative.

Acrobat and Harlequin, awarded the Feria de Castilla y León Award for Best Children and Family Entertainment & with the Prize to the Best Pedagogic Concert FestClásica (Spanish Association of Classical Music Festivals), will try to convey to all, big and small ones, the proper treatment of animals, respect, honesty and solidarity as fundamental rules for coexistence.

A young drifter named Paul began working as an assistant in a circus that just arrived in the city. Behind the scenes, while dreams of becoming one of the artists that shine under the tent, You learn to respect and care for animals, to integrate the differences and discover a magical world where everyone lives in harmony.

Joaquín Casanova Y Elisa Ramos, founders of La Maquiné, They are responsible for the dramaturgy and stage design - scenery, lighting, projections, puppetry, masks and objects- of this story for which they have enjoyed the cooperation of Jose Lopez-Montes in the adaptation and musical arrangements and participation of the actors on stage Alejandro Conesa, Elisa Ramos and Natalia Calles.

Royal Junior, the educational program Teatro Real, It is in its eighteenth season Disclosure of music for family audiences. This time, Acrobat and Harlequin is the second of seven children's shows complemented by workshops Everyone to the Gayarre!.