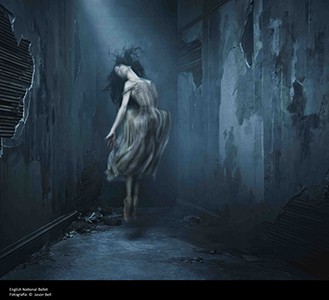 The next 10 October the Teatro Real will open its season dance prestigious hand English National Ballet, currently led by Tamara Rojo, it will offer one of the shows that have most excited the world of dance in recent years, the review choreographer Akram Khan He has made the classic Giselle.

Since coming to ENB, in 2012, Tamara Rojo He has focused much of its efforts on revitalizing the repertoire, looking for other readings and new emotions in the classics to keep them alive and close to the public today. This personal commitment, for which it has enjoyed the cooperation of reference names and undisputed prestige, He is born this Giselle, whose proposal has captivated audiences around the world and conquered the criticism and has become an essential show on the international stage.

Akram Khan, the great choreographer today, moves the action to today, in a textile factory; there plunges us into the gloom of social inequality and abuse of power, in a marginal environment where Giselle is a woman, stronger and less naive than in the original plot, living a drama of love in a hostile environment.

The composer Vincenzo Lamagna created his first work for a ballet, based on the original work Adolphe Adam, recreating an almost cinematic atmosphere, with a strong dramatic charge, Drawing on this industrial sound spectrum in which the action designed by the choreographer takes place. Lamagna has enjoyed the cooperation of the teacher Gavin Sutherland, responsible for orchestrating this new score, who in the functions offered in Madrid will head the Head of the Royal Theatre Orchestra.

For this innovative work, Khan has surrounded himself with a team of collaborators luxury, as the set designer and costume Chinese Tim Ying -Oscar winner for Best Art Direction and Best Costume BAFTA, both by the film Tiger and dragon (2000), de Ang Lee- and British illuminator Mark Henderson -winning a Tony Award for The history Boys (2006), de Alan Bennett- , to name a few.

four functions to be offered Giselle between days 10, 11 Y 12 October, the latter in double session at 17.00 and to the 21.00 hours, with the participation of Tamara Rojo at the premiere last representation, who will alternate in the title role interpretation of the first dancers Erina Takahashi (day 11) Y Alina Cojocaru (day 12 to 17.00).

Tamara Rojo has described this new Giselle as a real woman, away from the adolescent fragility of the classic character. Here it is ripe, strong, working feisty, like many women of the factories located in the suburbs of large cities, but also full of hope. What moves, and what you see, It is identifiable by the viewer as an everyday reality, while maintaining the essence and magic of character we all know.

He Teatro Real, in collaboration with the British Council and participation English National Ballet, has organized a masterclass only given by Loipa Araujo, artistic associate director of the National Ballet Inglés, which will take place next Friday 11 October in the living Ballet Teatro Real, and will offer 40 participants the opportunity to participate in this exclusive session as part of the talent developed by the British Council.

In addition to these important representations, Today, Tuesday, 8 October, to 20.15 hours, will take place at Sala Gayarre Teatro Real, a new session approaches, this time, around Giselle and the National Ballet Inglés, by the critic and writer Roger Salas.

Giselle, de Akram Khan, and iconic British company, They will be presented at the Gran Teatre del Liceu lday 22, 23, 24 Y 25 (the latter in double session) next April.