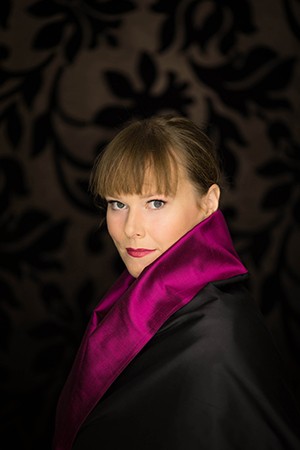 After success as Desdemona in Otello from Rossini the Gran Teatre del Liceu 2016, which it is considered the heir of the great Joan Sutherland It comes back to the Coliseum La Rambla, now to play for the first time an opera staged in one of the most popular romantic bel canto works, L'elisir d'amore, from Donizetti. Jes­sica Pratt He has had a "very Spanish" year, says the Australian diva who lives in Italy for years: "In January and February I sang for the first time in Oviedo Opera as Gilda in Rigoletto; in June I was fortunate to debut at the Palau de Les Arts in Valencia as Amenaide in Tancredi, Rossini, in the beautiful production of Emilio Sagi; it was also that we Puritani in Savonlinna Festival July (Finland) the company Teatro Real in Madrid, whose experience was wonderful; I made my debut in November the role of Norina in Don Pasquale on my return to the season ABAO-OLBE (Bilbao) and now I will start the year in Barcelona with my first Adina ". It is a role that the singer had a "tremendous" desire to debut; "It is a particularly beautiful part, especially in duets, and this is a woman with character, independent and confident I'm sure I will enjoy it immensely to the Barcelona public ", keep going. "The truth is that it is always a pleasure to sing in Spain and I hope to continue to do so on many occasions", judgment.

Jessica Pratt started the season in September interpreting Lucia di Lammermoor with a tribute to Maria Callas what meant his Paris debut at the Théâtre des Champs Elysées and October was the Queen of the Night in The Magic Flute with the Los Angeles Philharmonic and conducted by Gustavo Dudamel; following its commitment to the Liceu season in the remainder await his return to the Metropolitan in New York (Lucia di Lammermoor) and performances at the Staatsoper Hamburg (The magic Flute) and the Sydney Opera House (Lucia of Lammermoor), among others.