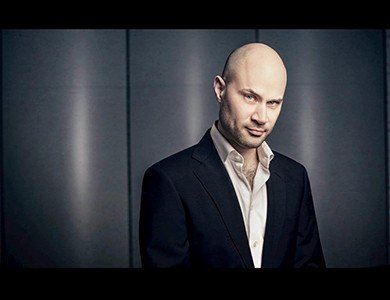 He Sunday 23 of April to 19.30 hours, the cycle Baroque universe National Broadcasting Music Center (CNDM) presents his penultimate appointment in the Symphony hall of the National Music Auditorium of Madrid with “Cantata” countertenor recital Bejun Mehta accompanied by the reputed Academy for Ancient Music Berlin. Mehta returns to the baroque season of the CNDM after his splendid Orfeo from Gluck three seasons ago and following his recent success as Bertarido in the opera Rodelinda from Haendel programmed in the Teatro Real in Madrid. Mehta, one of the most refined counters on his string, presents a program that will bring us closer to the peak of the castrati, recreating a multifaceted universe containing arias from Handel's English oratorios along with sacred and profane cantatas from Bach Y Vivaldi. A journey that will transport us to the musical heart of the 18th century.

Considered one of the most reputable current countertenors, Bejun Mehta He is a regular guest of the main international opera and concert halls. The American is, during this season, Resident Artist at the Dresden Philharmonic, where he is demonstrating his artistic versatility with four different shows as a singer and director, in which he presents arias from the great operas and oratorios of Haendel Y Mozart in addition to the work Dream of the Song from George Benjamin, cantata written for him and already premiered in France and the United States. In the operatic scene he has just achieved great success at the Teatro Real in Madrid as Bertarido in Rodelinda Haendel.

Other productions have led him to play Farnace in Mitridate by Mozart in the Royal Opera House in London, the title role of Haendel's Tamerlano in Milan's Teatro alla Scala and Oberon in A Midsummernight’s Dream from Britten. His highlights from recent seasons include the world premiere of Stilles Meer by Toshio Hosokawa for the Hamburg Staatsoper (Stephan's role), that will be performed again in the season 17/18, and a new production of Orfeo ed Euridice by Gluck under the direction of Daniel Barenboim at the Berlin Staatsoper. In addition to her work as a singer, Mehta is boosting his role as a director with a couple of commitments per season, case of his work with the Dresden Philharmonic, and is offering master classes in Singing, such as those given within the Young Singers Project of the Salzburg Festival. Mehta has a wide catalog of records, among which are What Puro Ciel, a collection of classical arias with the Akademie für Alte Musik Berlin and René Jacobs, published in the fall of 2014 by Harmonia Mundi and winner of Le Diamant d'Opera Magazine and Choc de Classica and George Benjamin's Dream of the Song live album with the Amsterdam Concertgebouw Orchestra and George Benjamin conducting, published in 2016 within the RCO Live series, Horizon7 of said orchestra.