Home › News › Opera is possible with the complicity of all

Opera is possible with the complicity of all 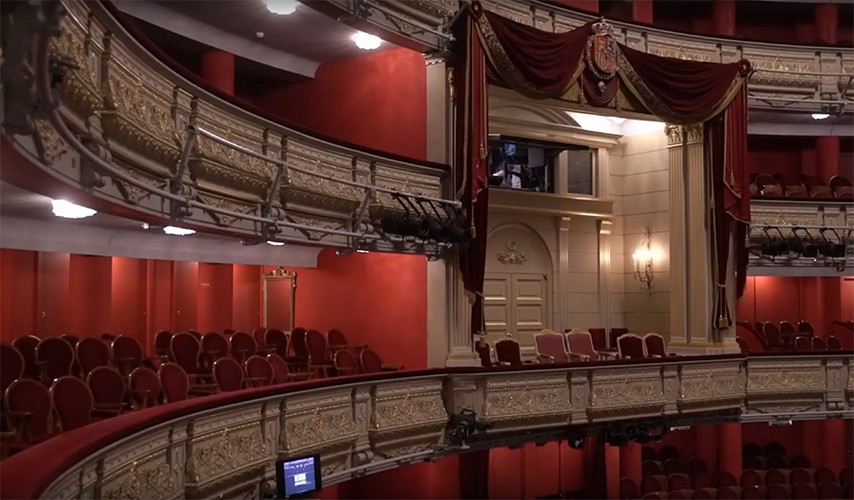 THE OPERA IS POSSIBLE WITH THE COMPLICITY OF EVERYONE

The 27 functions La traviata offered by the Teatro Real during the month of July, without any case of coronavirus being recorded among the interpreters (four deliveries from different countries), workers, choir, orchestra and public who have attended the performances.

The success of this complex and unique project has been made possible by the exciting complicity of all: emotional and responsible support from the public, the trust and dedication of the artists, the enthusiastic involvement of the workers of the Teatro Real and its Titular Choir and Orchestra, the enormous contribution of the national and international media in the dissemination of the functions, the essential collaboration of sponsors and the support of official institutions: Government of Spain, Community and Madrid City Council.

The health security measures designed by the Medical Committee of the Royal Theater uestocomposed of six doctors of recognized prestige and different specialties─, in collaboration with its Prevention and Infrastructure teams, have been constantly adapting to the opinions of the health authorities, which allowed the theater to begin with an occupation of the hall of the 50% of the capacity and extend it later to 75%.

The rigorous protocol adopted, which was an investment of 340.000 euros, it is being offered to national and international institutions that request it to adapt it to the idiosyncrasy of each space and territory.

A) Yes, after the triumph of the functions of La traviata, the Royal Theater continues its path towards ‘normality’, preparing for the next season's opening, he 18 of September, with A masked ball, to be offered in a production from the Teatro La Fenice in Venice, with stage director Gianmaria Aliverta and scenery of Massimo Chequeto, who are working with the teams of the Teatro Real to redesign the show in strict compliance with sanitary security measures. Nicola Luisotti, first guest conductor of the Teatro Real, will return to assume the musical direction of the Verdian title, after unanimous applause from the public and critics for his deep and overwhelming reading of La traviata.

A masked ball will be presented with the scenery, props, figurines and stage direction adapted from the original production of the Teatro de la Fenice, which supposes a step more in the conformation of a programming that will be adapted to the circumstances of each moment.

Parallel work continues, already well advanced, of the first new production of next season, the popular Czech romantic opera Rusalka, with stage director Christof Loy, co-produced with the Dresden opera houses, Bologna, Barcelona and Valencia, which will be presented later.

The Royal Theater says goodbye, well, this season severed by the pandemic, with hope for the future and a deep feeling of gratitude for the support, collaboration, trust and complicity of all.