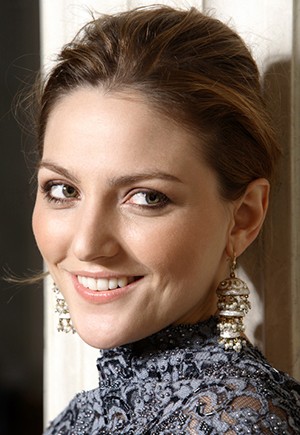 The Spanish soprano Sylvia Schwartz It also replaces the soprano Nuria Rial, who has had to cancel at the last minute due to illness, in concert with National Orchestra and Choir of Spain the Sinfónico 12, Friday 9 Sunday 11 February. The work is scheduled Matthew Passion (The St. Matthew Passion), BWV 244, from Johann Sebastian Bach, directed by maestro David Afkham.

Sylvia Schwartz is one of the most exciting lyrical singers of his generation. Among the next commitments for this season 2017/2018 productions include Don Giovanni and Falstaff with the Budapest Festival Orchestra both in Budapest and toured Asia; Fidelio in Japan with the Tokyo Philharmonic; concerts throughout Europe, incluido el Théâtre des Champs-Élysées; and recitals in Antwerp, Oxford, London, Montreal y Toronto.

Some of the highlights of recent seasons have been concerts The Barber of Seville con Jean-Christophe Spinosi, Mary's role in the production of The Sound of Music en el Theater du Chatelet in Paris, the quartet with Bernarda Fink, Michael Schade and Thomas Quasthoff on a US tour. and Europe, as well as recitals at the Schubertiade Schwarzenberg, in the series of recitals at the Wigmore Hall Rosenblatt, and the Verbier Festival, among others.