Le malentendu in the Canal Theatre 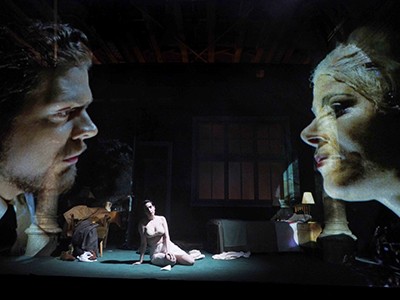 Next Monday, 20 of March, will be held in Madrid premiere of the chamber opera Misunderstanding, with music Fabián Panisello and libretto Juan Lucas, based on the eponymous play by Albert Camus, which can be seen in the Black Hall of Canal Theater and is part of the programming that Teatro Real and the Theaters Canal develop common.

this production, of which only three functions will be offered daily 20, 22 Y 23 of March, It is a coproduction of the Teatro Real, Canal Theaters, the Teatro Colon in Buenos Aires, the Warsaw Chamber Opera, the Warsaw Autumn Festival, la Neue Oper Wien y el Centre National de Création Musical de Niza.

Misunderstanding It has musical direction Walter Kobera and stage director Christoph Zauner. The protagonists of the story will be interpreted by the tenor Kristjan Johanneson, las sopranos Gan-Ya Ben Gur Akselrod Y Anna Davidson, mezzosoprano edna Prochnik and actor Dieter Kschwendt. All accompanied by members of the Head of the Royal Theatre Orchestra.

Misunderstanding It is a work on home, homecoming and development in different directions. After 20 year absence, a man returns to his hometown. It is recorded as a guest in the pension directing his mother and sister, although not disclosed as the son and the brother who is. He wants to observe the lives of their families, Remote meet them and know if they are going to recognize. While busy to hide its existence, He does not know that the two women also keep a secret. A) Yes, everyone is caught up in his role and catastrophe triggered.

The assembly is designed for four singers, an actor, electronic and chamber orchestra, This poses an ambitious and innovative use of the relationship between text while respecting the French original- and electronics, amplification and instrumentation.