Les Arts closes 2016 with the oratorio "Israel in Egypt", Handel 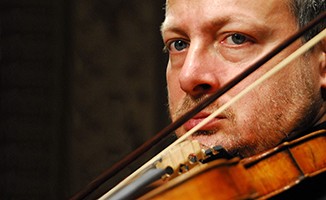 Fabio Biondi closes the programming of 2016 in Arts with “Israel in Egypt”, from Händel, Thursday 22 from December, to 20.00 h in the Auditorium. The conductor of the Orchestra of Valencia enters the repertoire of one of his favorite authors, already successfully he introduced in his first season at the head of the OCV with the "chair" opera.

He Cor de la Generalitat, directed Francesc Perales, sings one of the most demanding choral scores in the repertoire together with the singers of the Center Placido Domingo Jorge Álvarez, Michael Borth, Karen Gardeazabal and Marianna Mappa, besides Cristina Alunno Y Valentino Buzza, from previous promotions of this project.

"Israel in Egypt" is a biblical oratorio, with Old Testament texts, mainly from the Exodus and the Book of Psalms, that premiered on 4 of April from 1739 at the King’s Theater in London’s Haymarket. Handel's work narrates the slavery of the people of Israel under the yoke of Pharaoh and their subsequent liberation guided by Moses. Contrary to the previous compositions of the German, "Israel in Egypt" contains more choral movements than for soloists.

After this oratory, Maestro Biondi puts the baroque repertoire aside to make a foray into classicism in Les Arts with "Philemon und Baucis", Haydn. This opera composed to be represented by puppets opens next 8 in January Martín y Soler Theatre with the puppet company Carlo Colla and Sons and the voices of the artists of the Center Plácido Domingo.

A powerful exercise of vindication

As indicated Anselmo Alonso, of the Dramaturgy department of Les Arts, the genesis of the score is infected by the decisive moment that Great Britain was going through, in which not a few identified the slavery of the Jews under the Egyptians, with the submission of the British people to the Hannovers, the ruling Germanic dynasty in Britain.

This oratory, one of the two composed by Händel with texts from the Bible, It is a powerful exercise to claim the power that resides in the people and their rebellion against an unjust dominator.

That is why its main character is the chorus, a double chorus of the enslaved Hebrew people, for which the composer writes a succession of numbers barely interrupted by solo interventions, scarce in quantity but no less brilliant. An orchestra full of colors will contribute to this splendor, trumpet sounds, trombones and timpani.

The idea of ​​a massive shout was revealed by the public and the press, in a reaction that confirms the greatness of Händel's art and that of art in general: the power of its universal message, couple to her formal beauty, the identification between music and intimate feeling, they have turned this piece into a universal work of art.