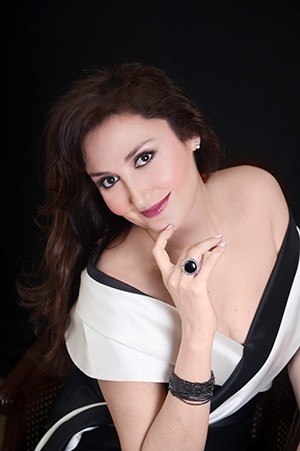 María José Montiel returns to Madrid stage in December, this time to a very special, the Prado Museum, entity by the Columbus Foundation-of which the singer is Embajadora- has organized a charity concert next 11 December on the occasion of its second anniversary. Based in Valencia, the Columbus Foundation was born in 2017 with the main objective of facilitating access to therapies most advanced and effective solutions to children with cancer or rare diseases, to improve life expectancy and quality of life. As part of the celebration of the 200 years of the Museo del Prado, the concert will bring together María José Montiel with pianist Ivan Martin, Angel Luis Quintana accompanied by the cello The soldier and the special collaboration of Dr. Toni Pearson. Although the concert tickets are already all sold, there is a zero line for all those who want to collaborate.

He 16 December and to dismiss the year, María José Montiel will return to Alicante, this time to give a concert for the Society Concert City of Costa Blanca with French pianist Laurence Verna. Both artists will offer a program that includes works by Hahn, Schumann, Palomo and Guastavino in the Teatro Principal in Alicante.

Already entered 2020, Montiel will rejoin the course of the Universität der Künste Berlin, in which teaches as professor mid edgewise 2019 for, in March, once again get into the skin of Leonora The favourite, Donizetti, in the Cervantes Theater in Malaga, Coliseum celebrating its 150th anniversary. María José Montiel Donizettiano emblematic character debuted last few seasons at the Teatro Comunale Bologna (Italy) and its French version, while in Malaga sing the Italian version.