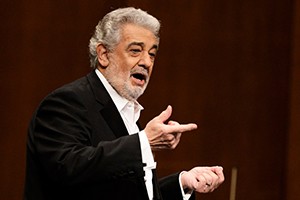 the tenor Placido Domingo no participará en las funciones de la ópera Gianni Schicchi, from Giacomo Puccini, planned for the day 30 June and 3, 6, 9 Y 12 of July, as it was advertised.

The recent death of his sister, to which he was very united, It prevents it from playing a role of comic character and delivered to the public with the intensity and dedication that have always characterized.