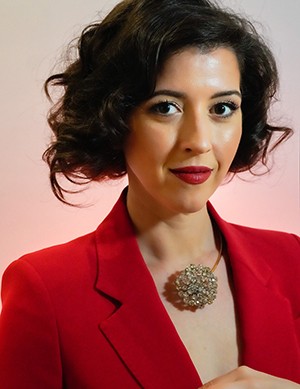 The Bilbao Association of Friends of the Opera (ABAO) hosts the first recital in Spain of the soprano Lisette Oropesa, which opens the cycle of recitals ABAO On Stage, with leading figures of international lyric. After his recent successes in our country as Traviata (Verdi), at the Gran Teatre del Liceu in Barcelona and at the Teatro Real in Madrid, where she made history by becoming the first woman to sing an "encore" at the Madrid Coliseum, repeating the second part of the aria Farewell of the past, the American singer of Cuban origin - and recently nationalized Spanish - will take the stage of the Euskalduna Palace in Bilbao next 6 February to interpret, this time, various arias and songs from the Italian and French repertoire, with the pianist Rubén Fernández.

Lisette Oropesa will sing such well-known pages as “Ah! did not believe…. Ah! does not come " (La Sonnambula, Bellini), “O beautiful country” (the Huguenots, Meyerbeer), “Adieu, our little table ” (Manon, Massenet), o "Farewell from the Arab hostess" by Bizet, as well as works by Merchant, Schubert and Donizetti, who will perform for the first time on stage.

His upcoming engagements include a concert by Nice singing junto at the National Academy of Santa Cecilia and Antonio Pappano in the Auditorium Parco della Musica de Rome, his debut at the Opernhaus Zürich as the star of a new production by Lucia of Lammermoor de Donizetti at the firm por Tatjana Gürbaca, La Traviata by Verdi in the Arena of Verona, and her debut in the role of Elvira in a concert version of I Puritani Bellini, with Javier Camarena and the Orchester de la Suisse Romande, en el Gstaad Menuhim Festival.