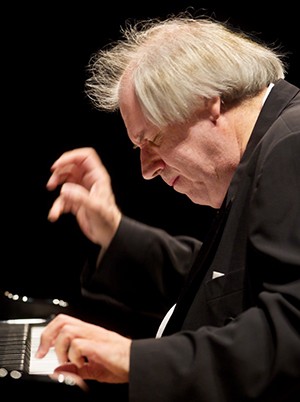 Piano teacher and cult artist, Grigory Sokolov returns to the stage National Music Auditorium in Madrid the next 20 February, within the schedule of the 22nd season of Cycle Great Performers Foundation Scherzo. The qualified as "best pianist alive"By media musicians like James Rhodes, will address on this occasion works by W. A. Mozart Y L. V. Beethoven. Thus closes a tour of Spain that begins in Barcelona (12 February) and continues in Oviedo (14 February), Bilbao (16 February), Valencia (18 February) Y, Finally, Madrid. further, this year will be the twentieth time that Sokolov acts within the Scherzo program. Since its debut in 1996 has participated in practically all organized cycles, First, by Scherzo magazine and, later, by the Scherzo Foundation.

Sokolov was born in St. Petersburg (then Leningrad) in 1950. There he studied music at the conservatory and gave his first recital at the 12 years. With only 16 He won the International Tchaikovsky Competition in Moscow and his candidacy was defended by jury president, Emil Gilels. However, while previous winners in this contest quickly achieved worldwide fame, Sokolov's trip was restricted. Other Soviet artists fled to the West in search of greater personal freedom, but the interpreter preferred to stay in Leningrad to focus on his art. It was only after the fall of the Berlin Wall that it began to enjoy wider international recognition..

He has worked with orchestras such as the Amsterdam Concertgebouw, New York Philharmonic, Munich Philharmonic, Vienna Symphony, Montreal Symphony, Orchestra of the Teatro alla Scala and the Moscow and Saint Petersburg Philharmonics and among the Spanish with the Galician Symphony Orchestra. A few years ago he decided to dedicate himself entirely to recitals. A) Yes, He performs regularly at the Vienna Konzerthaus, la Philharmonie of Berlín, el Théâtre des Champs Elysees París, Zurich Tonhalle, the Philharmonia Warsaw, the Auditorio Nacional in Madrid, the Milan Conservatory, the Academy of Santa Cecilia in Rome, La Fenice in Venice; as well as rooms Munich, Hamburg, Barcelona, Stockholm, Helsinki, Lisboa, Luxembourg, el Festival Piano, Colmar Festival and the Festival of La Roque d'Anthéron.

Sokolov there artista exclusivo del sello German Grammophon. It debuted on this label in 2015 with his Salzburg Recital, which he was a great success and became the best selling album of classical music that season. His latest album, published in January 2016, contains some of the last pieces of Schubert, Like the Impromptus, or the mighty Beethoven sonata, Hammerklavier.

He has performed in 19 Cycle times in the Great Performers, making each concert one of the sublime appointments on the calendar. After one of his last concerts in Spain, journalist Javier Pérez Senz commented: “Such is the wisdom and humility of this generous performer - he enters and leaves the stage quickly, almost without stopping to receive the applause- that when leaving the concert, after a tremendous batch of six tips, you feel much happier and grateful for so much shared emotion ".

After the opening of the 22nd season of Grandes Perérpretes por Daniil Trifonov, Sokolov is the second guest artist. Between January and November 2017 a dozen concerts are scheduled: nine piano recitals and an extraordinary concert by the Simón Bolívar Symphony Orchestra with the Orfeó Català. The 22nd edition of the Great Interpreters Cycle will bring together musicians of the stature of Sokolov himself, Perianes, Zacharias, Angela Hewitt , Ashkenazy O Piotr Anderzewski. Throughout the more than two decades of life of this cycle, They have performed a total of 80 pianists in more than 200 concerts, of those who have enjoyed 300.000 people.