Lucio Silla, mastery of a teenager 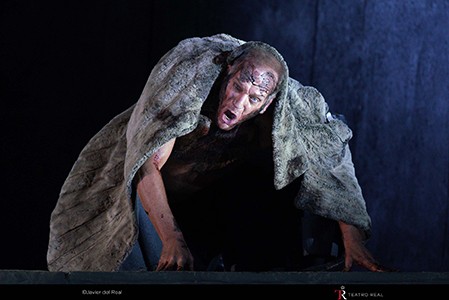 With only 14 years, and during a tour of the then kingdoms of Italy with his father, Mozart the first serious opera premieres of his career, Mitridate, kings of Pontus. Such was the success that the young Mozart received another custom Teatro Regio Ducal in Milan, an opera to celebrate, Two years later, Winter carnivals the Lombard capital.

Lucio Silla It is a crucial work in the evolution of the musical language of Mozart. While it is retaining many of the conventions of the operas of the eighteenth century, as the role of a character followed historical and endless endless recitative arias. But nevertheless, and we find some new elements, as the orchestral accompaniment of recitatives. This new musical structure anticipates changes that will be consolidated with Idomeneo and be part of the unmistakable style of his operas more mature, as Don Giiovanni O Così fan tutte.

Mozart worked with great discipline and with little time. He had summoned the most talented singers of the moment 6 weeks of the release to begin rehearsals. As was customary at the time, the particelas They were composed thinking about the vocal characteristics of each performer, taking them to the limit of its capacity. This made it almost unfeasible than any other singer could address the role. Main reason why Lucio Silla, once released, tardase 200 years back to be displayed.

The main roles was in charge of the great tenor Archangel Cortoni, as Lucio Silla, and castrated Venancio Rauzzini, in the role of Cecilio and soprano Anne de Amicis, as Giunia. But the best proof of the genius of Mozart teen came when there were only 6 days for the premiere. The Cortoni protagonist fell ill and had to be hastily replaced by another tenor. No one dared to take on the difficulties of that paper was a mediocre singer who oratorios, scared by the difficulty of the character, He dared with. For that, Mozart had to seriously maul the score of the dictator adapting to the vocal possibilities of the singer. Although only reduce their intervention 2 arias, Mozart manages to convey the psychology of the character, complicatedly hesitant and unable to express what he feels, leaving the responsibility to express the feelings of the orchestra chair.

For a stage director, Lucio Silla is a poisoned gift. Throughout history it has been considered an impossible work for its statism. Baroque works arouse suspicion among not a few stage directors for their arias

dacappo and the difficulty of this musical structure when providing the desired fluidity scenery. Lucio Silla is scenically as later works of Mozart, plays in themselves. The spirit of the characters have more weight than his vocalism, although this is endiablada for singers.

this opera, almost contemplative, also it has a great dramatic burden Claus Guth He has captured perfectly. It has created a stage where the pictures flow before the public with pace, venciendo el estatismo con un efecto de movimiento continuo casi cinematográfico.

The direction of Ivor Bolton

Lucio Silla is an improper score of a teenager 16 years because of its complexity, for their maturity and being so meticulous in details. They have maintained the original arias with minor adaptations to improve tempis, which has facilitated the flow in the direction of a Ivor Bolton that continues the path marked extraordinary last season Billy Budd Y Rodelinda.

This time, and since the long overture, strikes a perfect balance between brass and strings. His reading of the work and the work done with the orchestra, taking the letter and not the music as a starting point, He gave sound vibration and precise pulse score. Especially in times when the orchestra broke in pieces the ins and outs of the main character. Recitatives are accompanied by the proper key Bolton, allowing a greater connection with the orchestra. Always attentive to detail and outstanding singers, which greatly facilitates the work, along with a set that facilitates voice projection and singing in proscenium.

Lucio Silla requires equally vocal and dramatic qualities. And in that line are the protagonists of this production, Kurt Streit y Patricia Pertibon.

American tenor Kurt Streit, responsible for giving life to the protagonist, It is a great connoisseur of the Mozartian style and excellent Actor, something very important in this production. Lucio Silla presents a little hesitant and entity, insecure and characterless. At the end of the work, when it transformed into magnanimous and leaves the throne, a successful histrionic appears intent. Its excellent performance and compensates a voice in decline.

Patricia Petibon is pure theater. Expressiveness and personality on stage had deserved response from the public. He had a difficult time in the aria ¡Ah, when the cruel peril! where coloratura becomes impossible, but more than it offsets a large repertoire of gestures that describe the anguish of the character. The dramatic intensity of Petibon, above the vocalism, not detract neither the character nor the score, especially after improvising a wrenching passage to the end of the first part.

A Silvia Tro Santafe he had to give life to the role complex Cecilio. An almost impossible score that Valencia resolved with impeccable professionalism. His initial aria "The moment tereno", an extreme difficulties registry changes, It was resolved with a single solvency surpassed by the virtuosity. High volume voice and expressiveness, a phrase in Italian and a line of impeccable singing. The duet with Giunia was a moment of great beauty and delicacy. Mezzosopranos being one of the most prominent and valuable right now, surprising that no more presence in national settings.

María José Moreno It was another of the joys of the night. His character does not reach the vocal demands of the protagonists, but it has a treble that Granada soprano issued no muss. Cecilia's role is somewhat finicky, but his three interventions (It has been removed of its Aryan) They are bright. He brought freshness with its beautiful Mediterranean timbre and perfect diction.

The mezzo Letona Inga Kalna in his role as Lucio Cinna, a bit exaggerated masculinity of the character and was somewhat rough. Sound good volume but unsophisticated. But he knew keep up with the cast.

No doubt this has been a good start to the season in an important year for which celebrates its Teatro Real 200 anniversary. The season looks very attractive and opera is one of those places where dreams find refuge. Surrender to art.