Jonas Kaufmann in November at the Royal 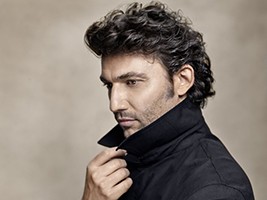 the tenor Jonas Kaufmann offer on tuesday 22 November a recital at the Teatro Real, in which he will be accompanied by the pianist Helmut Deustch, and replace the last was to have been held 10 from January, canceled at the last minute due to illness of the artist.

Jonas Kaufmann is one of the most recognized artists of the moment, for the union of his great dramatic skills as an opera performer and for the depth of his readings of the liederistic repertoire, what makes him stand out among other singers of his string.

Tickets that remain available will go on sale on a date to be announced soon..