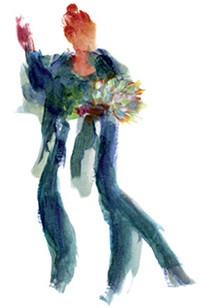 • everything Green lines up its final stretch with the premiere in Bilbao of Stiffelio
• loudly and featured debuts with a firm commitment to local talent
• New initiatives around youth, international projection and social program

He 22 October starts the 65 Season ABAO-OLBE with a demanding lyrical quality programming and in which great works of opera history was incluyencinco. Donizetti, Rossini, Verdi, Mozart Y Giordano Bilbao bring two unusual scene titles: Lucrezia Borgiay Andrea Chénier; two of reference in the history of opera: Cinderella Y Don Giovanni and a premiere in Bilbao: Stiffelio, putting towards the end of the project Tutto Verdi, which only have five titles to represent.

The new season is built around two strategic lines: innovation and quality. The program includes five major operas involving a musical journey of over a hundred years, with works that solve some historical debts as Stiffelio that has never been seen in Bilbao or titles underrepresented as Lucrezia Borgia not programmed for three decades; and gather together a strong female character, with stories of strong women, committed and free against the dogmas of his time.

An innovative season, that is committed to bring new voices to the portfolio of the Partnership debut 14 singers, renovators scenic languages ​​with the proposals for four new stage directors and creative teams, the debut of a musical maestro, and the premiere of a new co-production of ABAO, Andrea Chénier, which reinforces the prestige of the Bilbao Association, whose collaboration attracts the artistic interest of theaters and opera festivals Reference.

A focus on quality season, with voices that prevail in the major opera houses of the world as Elena Mosuc, Celso Albelo, Javier Camarena, Roberto Aronica, Angela Meade O Gregory customer, among others, but where there is also a clear commitment to the national talent 22 singers the best of our opera scene. In the pit, the presence of some of the best Batons: Antonello Allemandi, Stefano Ranzani, Kery-Lynn Wilson, José Miguel Pérez Sierra Y Francesco Ivan Ciampa, in front of the Symphony orchestras of Bilbao and Euskadi Symphony, Reference talent in our territory, with an international.

The season looks more than ever to increase its dissemination approaching the opera to new audiences with a dual strategy: on the one hand, maintaining the Opera Berri program, with popular titles such as La Cenerentola and tickets to the 50%; and secondly a policy of increasing economic incentives to young people under 30 years that will allow them to access all shows with very affordable prices, both single tickets and subscriptions, with discounts exceeding 60%. A strategy that expands the functions of dress rehearsal 15 Youth euros or the towns of "last minute" flat rate 27 32 €, including functions Release.

Internationalization Opera Bilbao is the next challenge to add new audiences. ABAO is designing a comprehensive program of activities to increase promotional activities Opera Bilbao in other markets, with the aim of improving its position in the international opera circuit and help boost the supply of Bilbao as the preferred cultural destination. To work with specialized agencies receptive, a series of activities with tour operators interested in Bilbao and its surroundings will join.
PROGRAMMING AND NOVEL BALANCED

Between history and legend, Lucrezia Borgia de Gaetano Donizetti inaugurated the el temporada 22 October. this title, one of the great operas of the Italian composer, It is based on the novel by Victor Hugo, who in turn he was inspired by the story of the famous noble Italian. are met 15 years since the last time you saw this title in Bilbao Opera.

The large cast is headed by two great figures of opera: Elena Mosuc, certainly one of the best dramatic sopranos of agility and Celso Albelo, recent winner in Vienna and the Metropolitan, by Marko Mimica debuts and Teresa Iervorlino.

In the pit master José Miguel Pérez Sierra, great connoisseur of this repertoire in front of the Euskadiko Orkestra Sinfonikoa, repeats poster with Mosuc and Albelo after about Puritani two seasons ago anthology. A co-production stage of the Teatro Regio di Torino, Bergamo Theater and the Theater of Sassari that recreates the palace interiors, Classic-cut, body elegant y, designed by Francesco Bellotto who debuts in the Association.

• Bilbao premiere of the latest Verdi opera of the "era of galleys".
• Roberto Aronica and Angela Meade in key roles.

2017 It opens with the premiere of Verdi Stiffelio Bilbao, last opera "galleys era" of the Italian composer who tells the story of a Protestant pastor who forgives his unfaithful wife.
Of the main characters tenor Roberto Aronica the soprano Angela Meade and are responsible, that we will enjoy extraordinary performance after few days ago in Verdi's Requiem. Jovencísimo debut as baritone Roman Burdenko 'Conde Stankar'.

Staged a coproduction of Teatro Regio di Parma and Monte-Carlo Opéra symbolic, rigorous and well designed, signed by Guy Montavon who made his debut in ABAO. In the pit, known and successful baton of Francesco Ivan Ciampa in front of the Bilbao Symphony Orchestra.

• One of the most world titles and represented one of the most iconic characters in the history of opera.
• In the pit, one of the great ladies of the musical direction, Keri-Lynn Wilson
Mozart's Don Giovanni arrives in February with a recreation of the literary theme of Don Juan that closes the trilogy of Da Ponte Austrian composer.

In the large cast prominent figures of world of opera as Simon Orfila, Davinia Rodríguez and María Bayo.
Al frente de la Symphony, one of the great musical directors, Keri-Lynn Wilson. In the stage production of Les Arts Theater agile direction Valencia devised by the British multi-talented Jonathan Miller, one of the most respected artists of his generation.

In May and Andrea Chenier verismo, a work of unquestionable social background of Umberto Giordano tells a story of love and jealousy in the French Revolution, It puts finishing touch to the season that marks the 150 anniversary of the birth of Italian composer.

In the lead roles impeccable cast: Gregory customer, Anna Pirozzi y Ambrogio Maestri . On stage a new production of ABAO-OLBE next to the Peralada Festival premiered in 2014 huge success with critics and audiences, with a montage of historic court devised by Alfonso Romero, dynamic, with costumes and sets to detail and care that recreates the entire universe of revolution.

In the pit, debut of maestro Stefano Ranzani, one of the musical directors with greater projection, al frente de la Bilbao Symphony Orchestra.
The Bilbao Opera Choir, directed by Boris Dujin, deals with the choral part of the season.

further, Opera Bilbao maintains its cultural programming with a series of educational activities and full solidarity or partially subsidized by the association, with the aim of bringing opera to all audiences.

the dissemination of the season extends into other scenic areas such as the Arriaga Theater with four shows of the season Abao Txiki; univesitarios environments with different collaborations at the University of Deusto with the program Leisure Studies, or universities of Burgos and Santander through the Classrooms of the Experience, as well as in leisure in the village with the cycle of free lectures at the Hotel Ercilla.

The Social Program ABAO, pillar of the institution for more than 25 years, It is driven with the educational program, active collaboration with schools and universities that arrives every year to more than 18.000 assistants and 190 centers; and the "Opera and +" program ABAO a new initiative launched this year, seeking help through music and opera emotional well-being of patients and relatives of the areas of nephrology, pediatrics and neonatology at the University Hospital of Cruces supported by Repsol Foundation. A pioneering activity nationwide, that in less than six months has developed more than 35 of activities in which they have participated near 1.000 patients, family and medical staff and is already the subject of interest in hospitals in other communities.

The opera season conceived to awaken the cultural interests of the younger and be enjoyed in family reaches its twelfth edition, renewing its image with new logo, and with four essential titles to captivate new generations of viewers, three of which they are co-OLBE ABAO.

Starts in October The Brave Little Tailor, a musical tale inspired by the traditional tale of the Brothers Grimm, in a co-OLBE ABAO, the Teatro Real in Madrid and Granada Festival with music by Tibor Harsányi and stage director Enrique Lanz.

In January an opera full of humor and fun: The Superbarber Seville, The Tricicle adaptation of the classic Rossini for young audiences.

Bost Axola in March bemola the Basque version of half and half held, production ABAO-OLBE next to the Arriaga Theater with stage direction by Enrique Viana, teaches the intricacies and conflicts in the world of theater and opera.
Closes this program in late May The keeper of the stories, children's opera with music by Miquel Ortega and stage director Pablo Ramos, ABAO co-OLBE and Navarra Chamber Opera recreates a fantasy world, humor, adventure and mystery through some of the most famous children's stories such as Snow White, pinocho, Hansel and Gretel and Sleeping Beauty.

The twelfth season ABAO TXIKI has fourteen family functions and four sessions in school functions involved 44 and near schools 3.500 students.