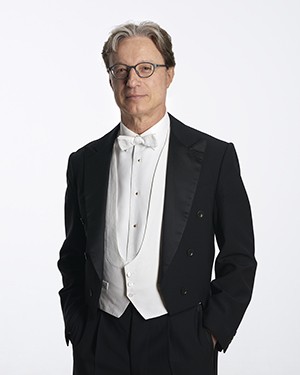 He Teatro Regio of Parma has named the teacher Roberto Abbado, actual co-director musical del Palau de les Arts Reina Sofia in Valencia, as the new Music Director of the Festival Verdi de Parma for the next three years. The Milan manager, recognized expert in the Verdian repertoire, will hold office from 2018, and will be responsible for directing the inaugural opera. Will work, Besides, together with the scientific committee of the festival, directed by the prestigious musicologist Francesco Izzo.

“I feel happy and honored to assume the position of Musical Director of the Verdi Festival in Parma – says Maestro Roberto Abbado. Giuseppe Verdi he is a composer who has accompanied me since the beginning of my artistic career and represents for all the pinnacle of Italian opera. An excellence that everyone recognizes us and with which they identify us. The Green Festival, thanks to the work of the new management and the renewed programming, occupies a prominent place among the international musical proposals. For this reason, I am especially excited to start this new stage, in a theater with such a prestigious history, what, Besides, has an audience that has always been characterized by its great knowledge and attention to performers, and that has contributed to marking the interpretative lines of the verdian repertoire”, Abbado concludes.

He scientific Committee for the Verdi Festival is directed by Prof.. Francesco Izzo, director of the department. of Music of the University of Southampton, and is composed of Francesca Calciolari, doctorate in musicology from The University of Pavia and representative of the Memories House; Damian Tails, director of research at Scientific Research National Center and Institute for Research in Musicology of Paris; Alessandra Carlotta Pellegrini, scientific director of National Institute of Verdian Studies and member of the Commission for the Editing of Verdian Correspondence and Documents; Alessandro Roccatagliati, professor of musicology and history of music at the University of Ferrara, and Italian member of the scientific committee of VerdiPerspektiven.

This scientific committee will act as a consultative body, with the aim of promoting dialogue between the field of musicological research and the production and execution of Verdi compositions at the Verdi Festival in Parma, supporting, at the same time, the selection of programming from the wide verdian repertoire, with scrupulous musicological criteria.