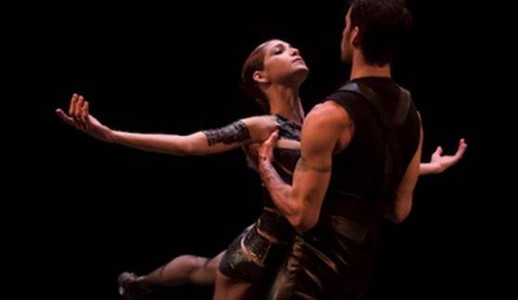 Theaters Canal Madrid present Carmen, the new show of Víctor Ullate Ballet Community of Madrid, with choreography by Victor Ullate and artistic direction of Eduardo Lao. After his success at the Auditorium Theater of San Lorenzo de El Escorial, the Campoamor Theater in Oviedo, the Kursaal in San Sebastián, the Roman Theater in Verona or Vichy Opera, Carmen finally comes to Madrid 31 from August to 17 of September

More than a century after its premiere, This new proposal wants to get away from the clichés and common places to delve into the essence of history and shed new light on one of the most multifaceted characters in contemporary fiction: Carmen. An update was required for this: recreate a timeless space away from all customs, so that no type of time barrier gets between the viewer and the protagonist; and a review: because a piece that is more than a century old, needs a bold new look, but absolutely respectful of the essence of the story.

With these premises, the scenography and costumes have been raised, modern and timeless, from Paco Azorín Y Ana Güell respectively. The main roles are played by Marlen Strong Y Joshua Ullate. The days 2, 6, 7, 8, 12, 13 Y 16 of September, Lucia Lacarra, outstanding dancer and former student of master Ullate, will play the role of Carmen.

Carmen is the story of the fatal woman, coquette, seductive, It is the concept of the passionate woman who finds in the society that surrounds her a narrow framework that restricts her and from which she wants to escape. This version places the protagonist in a new dimension of luxury and glamor: a high-level model who becomes an escort at night. As Buñuel did in Belle of the Day, this Carmen she is a woman with a double life: by day she is a woman full of glamor, love, nights of fun and champagne ..., at night she is a passionate woman who falls in love with anyone, a woman eager for experiences and adventures. A character full of lights and shadows, attractive, enigmatic and transgressive.

A fundamental element has been included in the plot and totally new, which is the character of death as a common thread, warning of latent danger and announcing an inescapable fate; Another element to highlight is the inclusion of the characters of the friends of Carmen, a look at the classics, where traditionally the protagonist is accompanied by her friends, that surround her, listen and advise.

The functions of the 9 Y 10 September will feature live music performed by the Young Orchestra of the Community of Madrid under the direction of Manuel Coves. They will be charitable functions in favor of the training program of the Víctor Ullate Foundation and the Ibercaja Foundation.

Victor Ullate (Zaragoza, 1947), considered by Maurice Béjart as one of the most complete dancers of this century, has been the Spanish dancer with the greatest international projection of all time. His extraordinary classical technique, inculcated by María de Ávila, and his great love of dance, endowed him with an exceptional vocation and will that made him stand out very early as a soloist. He began his professional career at the 20th Century Ballet, under the direction of Maurice Béjart, in which it remained for fourteen years.

In 1989 Víctor Ullate obtains the National Dance Award and in 1996 He is awarded the Gold Medal of Fine Arts. In 2003 receives the Culture Award of the Community of Madrid in the Dance modality, the Author-Author Award in 2007, the MAX Award of Honor in the year 2008 and the MAX Award for Wonderland, as best dance show in 2011.

In 2013 awarded the Grand Cross of the Order of the 2 of May of the Community of Madrid and is named Member of Honor of the University Cloister of the Arts and Honorary Professor of the University of Alcalá. He has also received other awards such as the Granada Festival Medal in 1998. In 2014 is named Member of Honor of the Academy of Performing Arts and in 2016 receives the Gold Medal for merit at work.