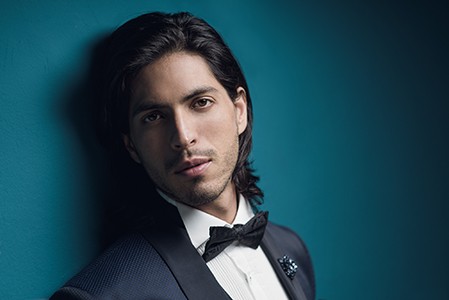 After a season in which he has accumulated debuts and triumphs in Europe, US and Asia with commitments in Toulouse, Warsaw, Tokyo, The Angels, Dresden, Moscow and Beijing, Joel Prieto The new course will begin in October for the first again facing role in the opera Iopas Berlioz's Les Troyens, title that the tenor has sung at the Deutsche Oper Berlin and to be represented at the Semperoper Dresden emblematic day 3, 6, 9, 21 Y 27 October 3 of November.

With a vibrant score and musically exciting, grand opera based on Virgil's Aeneid and rarely represented by its complexity has an epic story of war and peace, true to the spirit of French Romanticism, and gathers on stage more than 120 singers, chorus and solo. Dresden performances will be led by Lothar Koenigs musically in a new production Lydia Steier signing. Joel Prieto, last season “It has been breakneck, a course that has accompanied me my dear Mozart debuts that filled me with excitement and that allowed me to climb emblematic scenarios where always dreamed sing like Opera Warsaw, the Los Angeles Opera, the Bolshoi Theater in Moscow or Tianqiao Performing Arts Center in Beijing, In addition to interpreting Mozart's Ninth Symphony no less than by the NHK Symphony Orchestra of Tokyo”, says the tenor. “In the coming months I have a huge desire to throw myself into new repertoires in which I'm sure I'll have a wonderful experience”, Add.

After this start in Germany Joel Prieto await his return to the Teatro Real in Madrid His Natal- city, scenario in which debuted two seasons ago with The Magic Flute and returning with one of the most anticipated events of the Spanish billboard as the Madrid premiere of Street Scene, from Kurt Weill (February of 2018); his long-awaited return to Puerto Rico, where the artist grew up with his family, occasion will mark a very special moment in your diary interpreting the Requiem Mozart within the programming Casals Festival (March of 2018); in April he will return to the Teatro Municipal in Santiago, Chile, this time to take on the role of Don Ottavio in Don Giovanni, Mozart.