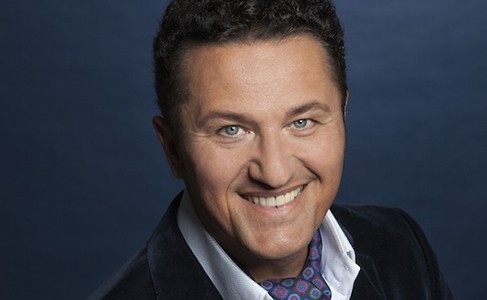 Next Monday 8 from January, he Teatro de la Zarzuela in co-production with National Dissemination Center Musical (CNDM) and the collaboration of Polish Institute of Culture, presents the tenor Piotr Beczala in what will be your first visit to the Lied Cycle. Beczala arrives accompanied by Helmut Deusch at the piano to offer a program composed of works by italian authors (Donaudy, Wolf-Ferrari, Respighi y Tosti) and Polish (Szymanowski, Karlowicz s Moniuszko). tickets, with a general price 8 a 35 euros, are already on sale at the theater box office, INAEM theaters, www.entradasinaem.es Y 902 22 49 49.

With a well-studied combination of Italian and Polish songs with a wide temporal range, containing pages that go of romanticism more lyrical to post-impressionism, and with the Karlowicz's powerful novelty, deeply influenced by german music, makes its appearance in these cycles this tenor, pro mozartiano in his beginnings, what has grown in technique, vocal density and volume until you reach the top of your media, who are today those of a fully lyrical. Likewise, s a guarantee listed next to it Helmut Deutsch, sober pianist, safe and musical.

A tenor at the peak of his means

Piotr Beczala (Czechowice-Dziedzice, Poland, 1966) he is one of the most sought-after lyrical tenors of our time and a regular guest at the most important opera houses in the world. The artist, pro mozartiano in his beginnings, who has grown in technique, volume and vocal density and who has reached the peak of his means, that are today those of a lyric of rare fullness with ease, style and line, he is acclaimed not only for the beauty of his voice, but also by an ardent vehemence that he manifests in each of the characters he represents. In addition to his operatic work, has sung in many choral works with the most distinguished orchestras and teachers. During the season 2016-2017 has performed again in Chicago, NY, Berlin, Barcelona, Vienna and Zurich among many other cities. After a recital with the San Diego Opera, Piotr played the role of Edgardo in a new production of Lucia of Lammermoor en la Lyric Opera de Chicago. In New York he sang the role of Rodolfo in Bohemian at the Metropolitan Opera, where he celebrated the 50th Anniversary of the MET, interpretation that catapulted him for his return to the Deutsche Oper Berlin. His brilliant last season continued with the Werther by Massenet at the Gran Teatro del Liceo and with a recital at the Palau de la Música, both in Barcelona; Frankfurt, Graz, Berlin and Hamburg will host new recitals to return to the Wiener Staatsoper, where Beczala leads a revival of A masked ball before participating in a new production of The Land of Smiles de Lehar at the Opernhaus Zurich in the role of Prince Soy Chong. Beczala has recorded numerous albums and, since 2012, works exclusively with Deutsche Grammophon: his first album My Heart’s Delight It was released in the spring of 2013. In 2012 sang for the second year in a row at the New Year's Concert at the Semperoper in Dresden. The concerts, directed by Christian Thielemann, They were broadcast on television and recorded on records and DVDs by Deutsche Grammophon.. His last recording for this label The French Collection, was published in 2015. This year he has released a DVD of his performance in the role of Lohengrin alongside Anna Netrebko as Elsa.. In 2014 was chosen by the ECHO Klassik Award as "Singer of the Year".