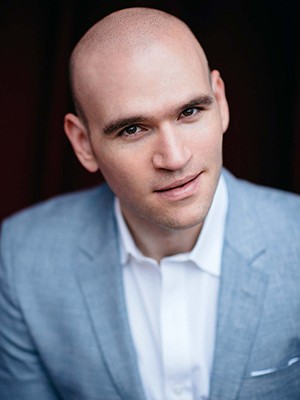 Since he debuted at the Washington National Opera (U.S) They have not ceased to ask for it. Michael Fabiano will travel to The Palace of Arts in Valencia in March to be the star of a new production of Verdi's rarely scheduled Il Corsaro, "A work that falls within the period in which the composer dreamed of Italian unification and moved to the wishes of his operas freedom of his people, all said very entrelíneas ", says American tenor regarding a title that has matured from 2014, when he sang for the first time. "This is a work that gathers together the belcantismo, but where Verdi and suggests ways and creates scenes of high dramatic content ", says Michael Fabiano.

The American singer will land in Valencia after getting a big win in Bilbao season with its unique Chevalier Des Grieux in Massenet's Manon, "A role that suits me very well both vocally and in her temper, and that is very romantic. In November so I sang in San Francisco, ie it took several months with the character. Next to Corrado Il Corsaro will form a suitable contrast, since the latter also has heroic dyes, though his line is almost pure bel canto ".

Michael Fabiano returns to Spain to debut at Valencia after starting the season as Rodolfo in La Bohème in a new production at the Royal Opera House in London, Des Grieux strolling by his San Francisco and Bilbao, Duca singing Rigoletto at the Royal Opera in London and a few functions Lucia di Lammermoor at the Metropolitan Opera in New York, title after Valencia will continue singing debut in May at the same venue.