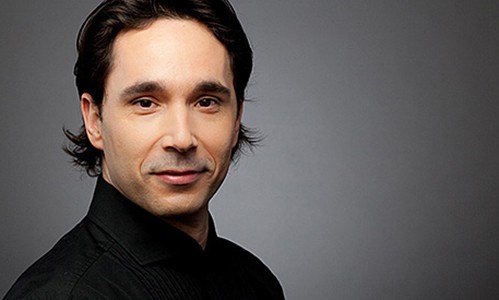 The Palace of Arts of the Department of Education, Investigation, Culture and Sports hosts this Friday 20 from April to Henrik Nánási, who heads the Orquestra de la Comunitat Valenciana in a monographic concert Richard Wagner.

Tickets for the concert are sold out since last February. It is only available for sale 5 percent of capacity, which will be available only at the box office the day of the concert.

The Hungarian master returns with Les Arts composed the overture to "Tannhauser 'program, the "Prelude and death of love" from "Tristan und Isolde" and the first act of 'Die Walküre', with the voices of soprano Camilla Nylund, the tenor Simon O’Neill and low Matti Salminen.

Henrik Nánási (Pecs, 1975) He debuted at Les Arts in November 2014 concert-show around Béla Bartók and his opera "Duke Bluebeard's Castle '. A year later, Hungarian director opened the season fertilizer 'Macbeth', in Verdi, starring Placido Domingo, and in 2017 it released 'Werther, Massenet, in a co-production of Les Arts and Montecarlo.

The current music director of the Komische Oper Berlin enters this author concert with the Orquestra de la Comunitat Valenciana has obtained the highest international awards, thanks to the award-winning production of the tetralogy Der Ring des Nibelungen '.

Camilla Nylund returns to Les Arts exalted among the great dramatic sopranos of the current opera scene. Public arts center will recall his acclaimed 'Salome' in 2010 under the direction of Zubin Mehta, which he followed a year later presentation at the Bayreuth Festival in 2011 con 'Tannhäuser'.

For the role of Siegmund, Les Arts audiences will hear first New Zealander Simon O'Neill, praised by international critics as the "Heldentenor of his generation" for his portrayal of incestuous twin Sieglinde in Die Walküre ', in London, New York and Strasbourg.

regular presence at the Metropolitan New York, Covent Garden in London, La Scala in Milan and at festivals like Bayreuth, Salzburg and the BBC Proms, He debuted at Bayreuth in 2010, Jonas Kaufmann replacing one of the functions of 'Lohengrin', under the baton of Andris Nelsons. One year later, He took the role of Parsifal in the eponymous opera by Wagner with Daniele Gatti on the podium.

Closes the trio of solo bass Matti Salminen (Hunding), one of the great legends of the repertoire, replacing Eric Halfvarson, has canceled due to illness.

Under essential in the Wagnerian circuit, He has sung the leading roles the German composer left written for this situation. Special mention his forays in Bayreuth, where debut in 1976 in 'The ring Nibelungo' directed by Boulez in producing the work Centennial, Patrice Chéreau, interpreting Fasolt, Fafner y Hunding.

Salminen has also been part of the cast of the award-winning production of Les Arts 'Der Ring des Nibelungen', directed by Zubin Mehta and staged by La Fura dels Baus, in which he has addressed the roles of Hunding, Fasolt and Hagen.