"2 Delusions about Shakespeare" in Theaters Canal 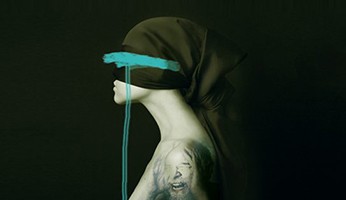 Theaters Canal Madrid present 2 delusions about Shakespeare, a work with musical direction by José Ramón Encinar and stage director Tomás Muñoz. this assembly, three unique features which will be offered in the Black Sala day 14, 16 Y 18 of June, is a co-production of the Teatros del Canal and the Teatro Real.

2 delusions Shakespeare is a spectacle composed of two monodramas, Prosperous: Scena and Juliet in the crypt, writings for actor and actress, that make up your characters (Prospero and Juliet) accompanied by a vocal trio and a small instrumental ensemble. The actress who plays the role of Juliet is Irene Bau and the character of Prospero is embodied by the actor Manuel de Blas.

The most remarkable aspect of 2 Delusions about Shakespeare is that the music composed by Alfredo Aracil it is not a mere ornament or scenic setting, but part dramatic protagonist: for Prospero is the manifestation of his powers, and when it is beyond your control, his magic fades; for Juliet, the only thing that breaks your routine are the sounds, that maybe only exist in your head.

The singing of the vocal trio (soprano, countertenor and tenor) is inspired by the English madrigalism of the time of Shakespeare and is of great beauty. The trio plays the role of anonymous coriphees, that sometimes materialize thoughts, wishes or fears of Prospero and Juliet, and other times they become distorted reflections of the characters closest to the protagonists: in the spirits of the island where Prospero was shipwrecked, or in the dead who accompany Juliet in her crypt.

Like the actor and the actress, both the trio and the instrumentalists perform on stage, in public view. The madrigalists are Mercedes Lario (soprano), David Azurza (countertenor) Y Gerardo López (tenor) accompanied by the Soloists of the Head of the Royal Theatre Orchestra.

The libretto Jose Sanchis Sinisterra takes inspiration from texts from Shakespeare's The Tempest and Romeo and Juliet and combines drama and irony, with an unforeseen outcome:. Is Prospero really the wise and generous old man from La Tempestad who rules the island to which he has been exiled along with his daughter Miranda?? And Juliet, dies with his beloved Romeo? In 2 Delusions about Shakespeare, it is not known if

Prospero is a demiurge or a poor crazy actor, because he presents himself as a degraded man, ailing and blind, which at most seems to have powers over imaginary music.

Juliet, meanwhile, he has not succeeded in committing suicide and has lived thirty long years in his own crypt, in the dark, without being able to get out of there, with the memory and listening as the only company.

Who is Prospero? Who is juliet? Two questions that pay a beautiful tribute to Shakespeare on his fourth centenary.