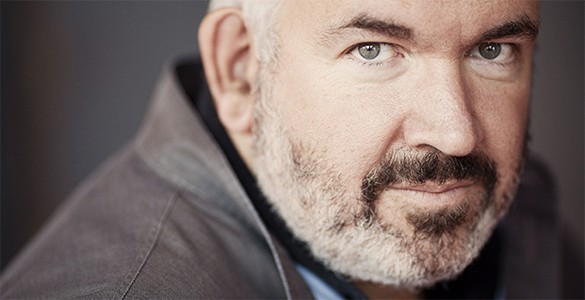 Religious Music Week in Cuenca, one of the most important annual events during Holy Week, meets 57 editions. Since 1962, the festival conquense, one of Europe regarding the intepretación of religious and spiritual music, It has been the premiere of new religious creations and recovery of rare repertoire, trying to encompass different aesthetics, genres and formations.

Since 2017, bandleader Christopher Soler He assumes the artistic direction and wanted to design a sustainable programming model that seeks to maintain a balance between tradition, with its strong seal and thematic, and new contributions. The most prominent: the creation of the Academy of SMR, formed by the Chorus, Orchestra and soloists of the SMR, Embassy permanent cultural festival, conquense beyond its headquarters and the Easter period.

The main programming, Passion Week, It consists of five major oratorios, led by the presence of the three great works of J.S.Bach: The St. Matthew Passion, in charge of Les Musiciens du Louvre, under the direction of Marc Minkowski; The St. John Passion, with ton Koopman the command of Choir and Baroque Orchestra of Amsterdam; Finally, the Mass in B minor, in charge of Together conductus, directed by Andoni Sierra.

Fruit of the annual work of the Academy of SMR, It will present the Orchestra and Choir Festival, under the direction of the holder Christopher Soler, with the Requiem K 262, the W. A. Mozart. Among the vocal soloists, It highlights the presence of tenor Ramón Vargas, of long and distinguished international career in the most important theaters in the world, also impart a masterclasses.

One of the traditional events of this festival is the world premiere of commissioned work that distinguishes each edition. In 2018, the composer Juan José Colomer will present the premiere mundial from his Magnificat, for mixed metal and ensemble chorus. The program is completed with the Misa nº 2 in E minor, the Anton Bruckner. The interpreters will be your Choir and solo section metal ORTVE, Y Spanish Brass, under the direction of Javier Corcuera.

The Academia SMR will house four cycles: the SMR-Antigua, which it presents significant recoveries of sacred heritage of the Cathedral of Cuenca, as is the policoral Mass choirmaster Xuárez Alonso de la Fuente, by the Choir of the Academy SMR, under the direction of its owner Carlos Lozano. At the same time, the Schola Antiqua, directed by Juan Carlos Asensio, will present the Vespers at the Cathedral of Cuenca, The Feast of the Annunciation of Our Lady.

Meanwhile, the SMR-Contemporary He has developed through its Cabinet Composition, lead by Francisco Coll, composer in residence at the Festival, and one of the most prolific young artists and brilliant international career, the compositional work of six young artists who selected, on the occasion of Day of wrath of the Requiem Mass, will present their works in scoop, in constant dialogue with six young values ​​of orchestral conducting.

José Luis Temes will be invited to present the “LIGHT project: Spanish symphonism illuminated”, with the screening of two films: Obsequies for Fernando Zobel, with music José Luis Turina, Y Nursery rhymes, with music Maria Rodrigo. Music and image in permanent dialogue, of deep spiritual content. Finally, most experimental come from the hand of Cruz Novillo, prestigious graphic designer, which closes this cycle by presenting concert Cronocromofónico, a synesthete exercise of sound and color.

The SMR-Social will continue to develop its work in order to meet the target set in the previous edition: bring music to the layers of society most in need of the therapeutic power of music, through traveling programs in hospitals and homes for the elderly. Projects such as "The Pied Piper of Hamelin" and "family opera", which it presents a production of the opera The Little Sweep, Benjamin Britten, under the musical direction of Alberto Cubero-Moreno, They have as main spectators to children and young people, adult audiences tomorrow.

The programming of the 57th edition, also contemplate in the cycle SMR-Cercana, a series of lectures, musical essays and masterclasses open to the public, will bring together soloists, directors and groups of national and international prestige, which will help to maintain excellence and recognition of this festival, declared of International Tourist Interest.