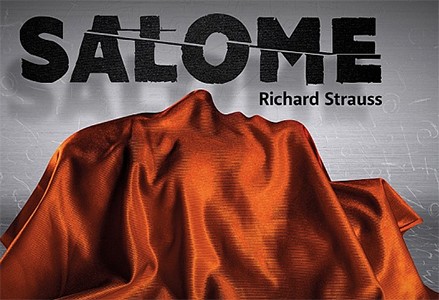 ABAO-OLBE (Bilbao Association of Friends of the Opera) Program Salome, Opera considered the boldest, short and perfect Strauss and one of the musical gems of German expressionism. The following days 17, 20, 23 Y 26 February, sponsored by the BBVA Foundation, sponsor of ABAO-OLBE, up to this title scene is represented for the second time in the season bilbaína.

This musical drama in one act, based on the novel by Oscar Wilde, contains moments of disturbing sensuality that some have described as "symphonic lust". To give life to the protagonists of this sublime song of love and death, ABAO-OLBE has assembled a cast led by the American soprano Jennifer Holloway, one of today's great 'Salome', who appears in Bilbao after debuting this role in 2016 at the Sächsische Staatsoper in Dresden to enormous critical and public acclaim. At his side debut in ABAO two of the most esteemed voices in this repertoire: the tenor Daniel Brenna like 'Herod' and the bass-baritone Remove Egils como ‘Jochanaan’. The consecrated soprano closes the leading quartet IIdiko Komlósi like 'Herodias'. Together with them, the tenor completes the extensive poster Mikeldi Atxalandabaso as 'Narraboth', mezzosoprano Monica Minarelli as 'The Page of Herodias' in the functions of the 17 Y 20 February and hope Mentxaka in those of 23 Y 26 February, tenor debuts Once Josep, Miguel Borrallo, Igor Peral Y Jordi Casanova like the 'Jews 1, 2, 3 and 4' respectively, the also debuts of the bass-baritones Michael Borth as 'Jew 5' and Manuel Mas as 'Cappadocian', bass-baritone Alberto Arrabal as 'Nazarene 1', the tenor Alberto Nuñez as 'Nazarene 2', the debut of the soprano Helena Orcoyen as 'Slave', baritone Jose Manuel Diaz as 'Soldier 1' and the bass Mikel Zabala as 'Soldier 2', all of them accompanied by twenty-six actors.

In the pit the Bilbao Symphony Orchestra that under the baton of its principal director Erik Nielsen becomes a decisive character in this impressively orchestrated opera, whose music is characterized by a wide chromatism, a palette of original timbres and a sophisticated leitmotif. The choral part is once again task Bilbao Opera Choir, with Boris Dujin in front.

On stage a production of Francisco Negrín for the Palace of Arts of Valencia showing a society that sleeps on the cushions of its own lies, a sick society, decadent, self-satisfied and smug whose atonement dies when Jochanaan's head is lopped off. The scenery is articulated on a rotating cylinder with spaces loaded with symbolism. The dimmed lighting contributes to creating an overwhelming scene where technological aspects such as screens and video projections are not lacking.

In order to analyze, in advance the premiere, the most relevant aspects of this Strauss opera, ABAO-OLBE has organized a conference, Free entrance until full capacity, For friday 16 February in the Auditorium of the Museum of Fine Arts (entrance door by Chillida) to 19.15 hours. This time will be Luis Gago, who has been Deputy Director and Head of Radio Programs 2 (RNE), Panel member of serious music of the European Broadcasting Union, Coordinator of the RTVE Symphony Orchestra and the Royal Theater Editor. He has made radio programs for the BBC and is the author of numerous articles and monographs, Book Bach (1995) and the Spanish version of the New Harvard Dictionary of Music. usually prepared Castilian subtitles for the Royal Opera House, the Inglés National Opera and Digital Concert Hall of Berlin Philharmonic. He is editor and music critic Books Review, music critic of El País and codirector, along with Tabea Zimmermann, the Chamber Music Festival of the Beethoven-Haus in Bonn.

BBVA Foundation: an extensive program to bring the best music closer to the public

The BBVA Foundation Culture program pays special attention to music, with an emphasis on contemporary, and in this area it is distinguished by covering the complete cycle: from creation to diffusion, going through the training of interpreters, the recording of works and the recognition of musical excellence. In this way, contributes to increasing the repertoire through composition commissions and ensures its permanence thanks to the reference record collections developed with the NEOS and Verso labels, and unique projects carried out with a wide and prestigious cast of record labels. further, facilitates access to live music through concert cycles at its venues in Madrid and Bilbao, in the National Auditorium, and through continued collaboration with theaters and associations across the country, such as the Bilbao Association of Friends of the Opera (ABAO-OLBE), the Royal Theater and the Gran Teatre del Liceu. Organize cycles of conferences and meetings with leading experts, promotes the international training of young performers through agreements with various institutions, promotes highly innovative projects through the Leonardo Scholarships in Music and Opera, and distinguishes excellence through two families of awards: the BBVA Foundation Frontiers of Knowledge Award for Contemporary Music and the Spanish Association of Symphony Orchestras Composition Award (AEOS)-BBVA Foundation.