ABAO-OLBE presents its next season 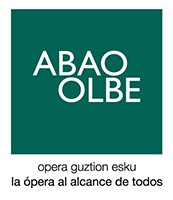 He 24 October starts the 64 season ABAO-OLBE with a lyrical program that includes five major representative works of the best opera. Verdi, Donizetti, Bellini, Puccini Y Rossini traen the Bilbao scene two unusual titles: Manon Lescaut y Roberto Devereux; two of reference in the history of opera: Dizzy and The Barber of Seville; and a premiere: the original version of 1867 Don Carlos. further, ABAO program for the first time in its history the colossal Messa da Requiem by Verdi.

A new season of great stories. Opera and music literature as catalyst, voices and feelings, and where fifteen singers debut, Scene two directors and two top-level teachers with outstanding performers in Bilbao known as: Daniela Barcellona, orlin Anastasov, Gregory customer, Elena Mosuc, Antonino Siragusa, Mirco Palazzi, Jose Antonio Sanabria, Ainhoa ​​Arteta, Angela Meade O Erwin Shrott.
further, ABAO-OLBE keeps all the activities of its socio-cultural program, in a further step to integrate society in a large multidisciplinary project that includes: training, divulgation, arts and publishing, fully or partially subsidized by the Association: the publication of the magazine and book Scena season, with unpublished articles by specialists; A new edition of the free cycle Introductory Lectures to the opera scheduled to discover the ins and outs of each title; Verdi ABAO Week which celebrates its tenth edition like the Opera Berri program to attract new fans; Abao Txiki season and instructional program that meets 25 years of activity.

DON CARLOS
· Full version in French, with the act of Fontainebleau and ballet Peregrina, played by Malandain Ballet Biarritz.
Extraordinary debuts by Giuseppe Gipali, Mª José Siri Y Mika Kares.
Don Carlos of Giuseppe Verdi opens the season 24 October. Based on the drama "Dom Karlos, Infante of Spain "de Schiller, narrates the historical facts and conflict of Infante Don Carlos, Isabel de Valois and King Philip II. Almost five hours of monumental opera. Undisputed jewel that is seldom seen and which opens for the first time in Bilbao.
The cast is headed by Giuseppe debuts Gipali, Maria José Siri and Mika Kares and returns Daniella Barcelona, orlin Anastassov Y Juan Jesus Rodriguez. In the pit master Massimo Zanetti, returning to Bilbao after successfully leading Madama Butterfly last February, to take charge of the Bilbao Symphony Orchestra. Stage a new production of ABAO, in coproduction with Sevilla, Oviedo and Tenerife, signed by the multitalented Giancarlo del Monaco. Elegant, suggestive, very careful in the theatrical and very colorful thanks to the lighting and costumes rich in nuances and full of sumptuous details.

ROBERTO DEVEREUX
· Great voices in the international Olympus: Gregory customer Y Elena Mosuc.
Duel of divas with the long-awaited debut of Clementine Margaine.
In the musical direction, Josep Caballe-Domenech, one of the most important conductors of today.
In November Roberto Devereux Donizetti arrives, work that closes the cycle Tudor or "trilogy queens" of the Italian composer. Gregory customer, Elena Mosuc, debut Clementine Margaine Y Vladimir Stoyanov the protagonist quartet. In front of the Euskadiko Orkestra Sinfonikoa the great international master Josep Caballé Domenech. On stage a production of the Opera Las Palmas-ACO Classic cut, with sublime moments of dramatic tension in some passages, designed by debutant Mario Pontiggia.

La Sonnambula
Summit opera of the Italian romantic bel canto and one of the most performed by Bellini.
Jessica Pratt plays the role of Amina in her presentation in Bilbao.
2016 It opens with La Sonnambula by Bellini, one of the pinnacles of Italian bel canto romantic. Of the two main characters are responsible Jessica Pratt, debutante season in Bilbao, Y Antonino Siragusa. In a very visual scene production Moscow Bolshoi Theatre conceived by Pier Luigi Pizzi, poetics, very visual and very scenic movement. In the pit, José Miguel Pérez Sierra skilful connoisseur of Italian bel canto, leading the Bilbao Symphony Orchestra.

MANON LESCAUT
An exceptional duo: Ainhoa ​​Arteta Y Gregory customer.
· Pedro Halffter in the pit and Stephen Medcalf in stage direction debut in ABAO.
Puccini's work comes in February to engulf us in a fascinating and tragic story that exalted the Tuscan master as one of the leaders of the verismo school. They put voice to this symphony in four movements that will not leave anyone indifferent, a duo of emergency: Ainhoa ​​Arteta and Gregory Kunde. ABAO presentation at the prominent music director Pedro Halffter ago to face one of the most complex scores of Puccini repertoire. Watch a fire baton of the Symphony. based on flashbacks from the Teatro Regio di Parma devised by debutant production ABAO Stephen Medcalf, with a great visual efficiency scenery full of versatile items.

THE BARBER OF SEVILLE
· Debuts de Marco Caria Y Annalisa Stroppa in the main roles and Ottavio Datone in musical direction.
Award-winning staging of Emilio Sagi, to celebrate the bicentenary of the premiere of this opera.
In May the quintessential opera buffa by Rossini, full of grace, humor and vitality, It puts a magnificent climax to the season in the year the bicentenary celebrated its premiere. The cast presentations Marco Caria Annalisa y junto a Stroppa MIchele Angelini, Carlos Chausson Y Nicola Uliveri. On stage an exquisite production, Campoamor Theater Award 2005 Emilio Sagi agile scenery and spectacular costumes from the Royal Theatre. Debut of one of the best known conductors such repertoire internationally, Ottavio Dantone, in front of the Symphony Orchestra of Navarra.
The Bilbao Opera Choir, directed by Boris Dujin, deals with the choral part of the season.

FOR THE FIRST TIME IN ABAO: STARTING FROM VERDI REQUIEM DE
He 16 April ABAO debuts for the first time in its history this sacred composition, considered the masterpiece of Giuseppe Verdi. It is a composition in seven movements with an indescribable dramatic power, for large orchestra, great chorus and four solo voices. In Bilbao will be played by newcomer Angela Meade, Erwin Shortt, painful Zajick, and a tenor tbc; also accompanied by the chorus of Opera Bilbao, directed by Boris Dujin, and the Symphony Orchestra of Navarra, under the baton of Italian conductor Francesco Ivan Ciampa.

REACHING THE OPERA BERRI X EDITION
· The program of two titles is recovered in the 10th edition of Opera Berri: Dizzy and The babiere Seville.
· They wait 4.200 spectators and re-hang the sign "no entry".
Esta iniciativa de ABAO-OLBE, developed with the aim of bringing opera to new audiences with well-known titles and entries that are around 50% of their usual price, It is a project with huge acceptance, serving a socio-cultural function adding value to society and in its tenth anniversary program retrieves two titles.
This edition will be represented operas: La Sonnambula of Bellini's 30 January to Irina Duvrovskaia Y Jose Antonio Sanabria in the roles of Amina and Elvino, and the 15 de mayo de Rossini's Barber of Seville with Damian del Castillo Y Marifé Nogales as Figaro and Rosina.

ABAO TXIKI, ENTERTAINMENT FOR THE WHOLE FAMILY
Five titles up to the tables Teatro Arriaga, an absolute premiere in Basque and four replenishments, in the eleventh season of opera aimed at younger viewers and for the enjoyment of the whole family. A reaffirmation of social and educational commitment assumed ABAO-OLBE to arouse public cultural interest younger.
The concert dramatized Soñando The Carnival of the Animals with music Debussy Y Saint-Saëns and devised by the Company Etcetera season opens in October.
In January arrives The Pied Piper of Hamelin, an opera based on the folk tale of the Brothers Grimm with music Iñigo Casalí, and stage director Pablo Ramos.
In late February up on stage, ashen; an adaptation for young audiences of La Cenerentola by Rossini conducted by comedians.
The premiere of the season comes in March, Txanozuritxu, opera in Basque for five musicians and eight singers. A free version of the popular children's story with music Carlos Imaz and stage director fake Santamarina produced by ABAO-OLBE to commemorate the 25 anniversary of the Educational Programme.
Closes this program in late May William Tell, a fast-paced and fun adaptation of Rossini's opera produced by the Gran Teatre del Liceu.
The eleventh season ABAO TXIKI has seventeen sessions family functions and roles in five school involved 35 schools and 4.000 students.

MEETS THE TRAINING PROGRAM 25 YEARS
The Educational Program ABAO-OLBE complements the children's opera season with its wide range of activities to bring the world of opera to young people through educational talks, workshops, theater visits and attendance at trials and general pregenerales. 180 schools and over 19.000 people participate annually in the various activities undertaken.
ABAO-OLBE celebrated this year 25 anniversary of this initiative, pioneer in the state with the premiere of the opera in Basque Txanozuritxu.

ALL GREEN
This season the flagship project of ABAO-OLBE, ALL GREEN, reaches its tenth edition and continues faithful to its goal of discovering the great Italian master in its all its facets. On the artistic side, the two premieres of the season: Don Carlos and Verdi's Messa da Requiem. In the cultural, among other activities, la X Semana Verdi de ABAO, in collaboration with Deusto Forum, that Bilbao has already brought more than fifty speakers from Europe and America and that this edition will be attended among others Chrisytian Merlin, Luisa Cymbron, Suddeutsche Zeitung Y Jorge Volpi, to place the figure of Verdi in France, Portugal, Germany and Latin America; Ignacio Cobeta to provide the relationship of Verdi and vocalism, and a cross-sectional view of the master's work and gastronomy.