ABAO termina la 64 temporada with The Barber of Seville 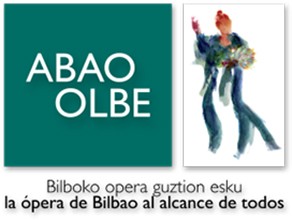 ABAO-OLBE (Bilbao Association of Friends of the Opera) puts an end to his 64 season The Barber of Seville Rossini, the most popular and represented by the Italian musician, Summit comic art and opera buffa. The following days 14, 15 - Opera News -, 17, 20 Y 23 of May, sponsored by Iberdrola, this title is brought to the stage in the year that commemorates the bicentennial of its premiere.

This very funny plot comedy is built on a script full of wit and entanglement that interacts perfectly with the music of the “Pesaro swan”, combining traits of the opera bufa with the tradition of bel canto. To give life to the protagonists of this work full of unforgettable musical moments, ABAO-OLBE has assembled a cast of great Rossinian interpreters who combine vocal quality and theatrical agility. The Italian baritone Marco Caria, debutante in the Asociación Bilbaína, gives voice to ‘Figaro’ the famous barber of Seville. The young Italian mezzo-soprano is in charge of the love couple ‘Rosina’ and ‘Il Conte D’Almaviva’ Annalisa Stroppa, where is its presentation in Bilbao, and the American tenor Michele Angelini. The Zaragoza Bass Baritone Carlos Chausson plays ‘Don Bartolo’, young Rosina's tutor. At his side the broad cast completes the bass debuts Nicola Uliveri like ‘Don Basilio’ and the mezzo-soprano Susana Cordón like 'Berta' and the baritone comebacks Alberto Arrabal as 'Fiorello', the bass David aguayo as ‘An officer’ and the actor fake Santamarina as 'Ambrogio'.

The musical part is in charge of teacher José Miguel Pérez Sierra, great Rossini specialist, who takes charge of theNavarra Symphony Orchestra to direct this title for the first time and make the most of a score full of immortal melodies. The choral part is once again task Opera Choir BilbaO, with Boris Dujin in front.

On stage a production of Teatro Real in Madrid joyful, full of life and grace conceived by Emilio Sagi, in which the scenic movement that continuously transforms the space creating the different scenes of the opera stands out..

Representation The Barber of Seville of the 15 of May, closes the tenth edition of New Opera, ABAO-OLBE initiative developed to bring opera to new audiences with well-known titles and entries that are around 50% of their usual price. In this function the baritone returns to Bilbao Damian del Castillo like 'Figaro' and the mezzo-soprano Marifé Nogaleslike ‘Rosina’. Together with them the tenor debuted in the Association David Alegret as 'The Count of Almaviva', baritone Enric Martínez Castignani like 'Don Bartolo' and the bass Roman Ialcic as 'Don Basilio'. The rest of the poster (musical direction, orchestra, choir and stage direction) it keeps. Opera Berri function starts at 18:00 h.

Conference sobre "The Barber of Seville" "

In order to analyze, in advance the premiere, the most relevant aspects of this Rossini opera, ABAO-OLBE has organized a conference, Free entry, For friday 13 May at the Hotel Ercilla at 20.00 hours. This time, Andrea Merli, renowned music critic of the magazine L'opera, who has his own program on Italian radio and is a correspondent in Italy for the magazine Opera Actual, discover the ins and outs The Barber of Seville.