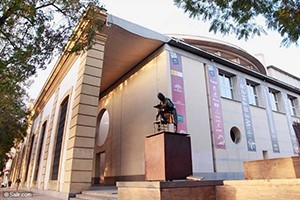 One more season, he Teatro de la Maestranza puts on sale the successful mixed subscription with which you can buy tickets for the different cycles with a discount of 10% on ticket prices.

This type of fertilizer can be obtained in two ways: drawing mode (of the 15 al 27 of September) and mode "direct delivery box office" (from 22 of September).

The mixed fertilizer to customize season 2014-2015 the Teatro de la Maestranza, giving the viewer the option of reserving tickets for the shows that they like the most from the different cycles that make up the programming, with a 10% off.

All the detailed information about the mixed subscription system can be found on the web http://www.teatrodelamaestranza.es/.

further, from the day 16 September can be purchased at the Theater box office and on the web, the subscriptions of the different cycles that make up the programming of the Teatro de la Maestranza:

The acquisition of each of these subscriptions, except for Opera, offers the advantage of obtaining a 10% discount on the price of seats.