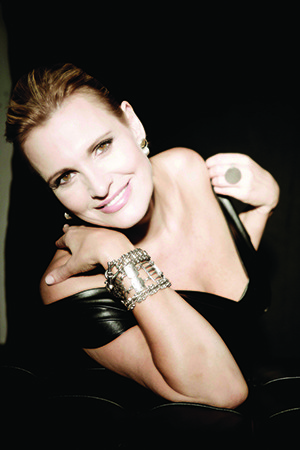 He Teatro de la Zarzuela in Madrid starts next monday, 9 October (20h00) its cycle of concerts of the season. He will do it in style with a recital in which the Gipuzkoan soprano Ainhoa ​​Arteta, one of our most popular and international artists, will claim the figure of Federico Garcia Lorca, the newly memorialized 80 years after his assassination, through his music and his poetry. In addition to the well-known songs played by the Granada poet, the singer will address compositions of Antón García Abril, Manuel García Morante, Xavier Montsalvatge Y Miquel Ortega about some of his poems.

A) Yes, plus a selection of old Spanish songs from Lorca such as "El Café de Chinitas", «Nana de Sevilla», "You, jaleo», "The four muleteers" or "Zorongo", Ainhoa ​​Arteta will address, among other works «Nana, boy, nana »or« Baladilla de los tres rios »with music by García Abril, "Song of the mother of Bitter" or "Night" by García Morante, "Landscape" or "The lizard is crying" by Xavier Montsalvatge, or «Memento» or «Romance de la luna, luna »by Miquel Ortega, all of them on texts by García Lorca.

The evening will have, Likewise, two especially emotional moments: the recorded voice of Paco Rabal reciting the poem "Spilled Blood" by Cry for the death of Ignacio Sánchez Mejías, and Rafael Alberti doing the same with "Leonardo y la novia" by Blood Wedding.