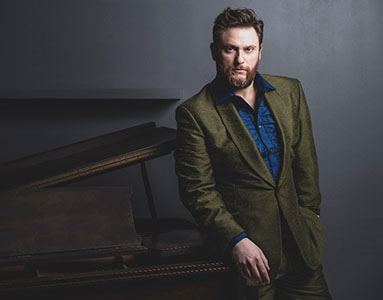 If there is any feature that characterizes the artistic career of the Tenerife tenor Airam Hernandez is its versatility. He has sung the most varied repertoires, from baroque oratorios to Verdi operas or contemporary music, but now enjoy with one of your favorite composers: Mozart. And he does it in a big way, with one of the most important characters for your rope, that of prince tamino of the immortal Magic Flute Opera in Oviedo. It will be in a new production signed by the regista Albert Estany, with musical direction by Lucas Macías. The trip to the Mozartian world has been a discovery for the singer, a repertoire in which, states, can exploit all its resources, “especially in heroic character roles, that require a lyrical voice, but ductile”. The elegant and refined singing of the Spanish tenor suits Tamino's character like a glove.. “This is a style of great vocal demand in which you have to find a balance between the dramatic character of the character and the pure and clean line. I have been specializing in this repertoire for some time and I hope to be able to debut all the characters of the composer that suit me throughout my career.”, points singer. The play will premiere at the Campoamor Theater in the Asturian capital on 8 October, completing the calendar with functions the days 10, 12, 14 Y 16 October.

Hernández, with solid musical training, first as a horn player and later as a member of the Barcelonés Liceu Choir and the Zurich Opera ensemble, you are at a very sweet moment in your career, having made much of his career internationally with debuts in half Europe and the United States; this course, at last, he will be seen in various Spanish stages. Among other commitments, in addition to this debut in Oviedo, returns to the season of the Teatro Real de Madrid will play Federico García Lorca in the absolute premiere of the opera the letter opener by Luis de Pablo. Performances also await you at the Teatro de La Maestranza in Seville (I Capuleti ed i Montecchi Bellini), Opera in Tenerife (Florencia en el Amazonas by Daniel Catán) or at the Gran Teatre del Liceu in Barcelona (Rule Bellini).