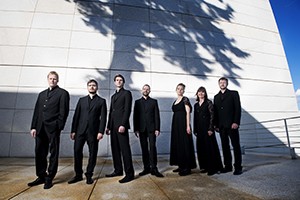 On the occasion of the tercentenary of the death of Sebastian Duron, La Grande Chapelle retrieves a series of works from his extensive production in the vernacular sacred, composed for the Royal Chapel, of which he was organist and teacher. The team led by Albert Recasens It offers here a choice selection of religious romance solo pieces dedicated to the Blessed. An opportunity to continue learning this fascinating composer who lived between the seventeenth and eighteenth centuries and served two dynasties.

La Grande Chapelle is a vocal and instrumental ensemble of old music with a European vocation, whose main objective is to make a new reading of the great Spanish vocal works of the sixteenth and eighteenth centuries, with special predilection for production of the Baroque policoral. At the same time, It aims to contribute to the urgent recovery efforts Hispanic musical repertoire.

Since its founding in 2005 and stimulated by the will spread the Hispanic musical heritage, he created his own label, Praise, with which publishes maintained high musical recordings and musicological interest, from an independent position. There have been two main axes: explore the relationship between music and literature of the Golden Age and recover the production of the leading Spanish composers of the Renaissance and Baroque, always with world premiere recordings, especially through musicological recreations that place in context a particular work or author.

Friday 10 March 2017 to 20:30h. Hospedería Fonseca in the Auditorium of the University of Salamanca.