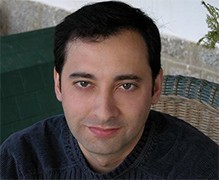 The tenor Alejandro Roy will be Carlos VII in Giovanna d'Arco opera by Giuseppe Verdi that will take the stage next 21 of September, inaugurating the 62 opera season in Bilbao ABAO-OLBE. Roy will replace the originally planned Fabio Sartori, who for personal reasons has been forced to cancel, among others, Also this commitment. Alejandro Roy is considered one of the most promising tenors of his generation, that this same year he starred in an unusual event at the Teatro de la Zarzuela with the encore of "The Hungarian song" by Amor de Dios, something that has not happened in this genre for more than 30 years. He has worked with prestigious teachers and stage directors in the main European theaters and has a wide repertoire of zarzuela and opera with prominent roles in Il Barbiere di Siviglia., The turkish in Italy, Stabat Mater, La sonnambula, L'elisir d'amore, Lucrezia Borgia, The Song of the Earth, Macbeth, La Boheme, Nabucco, Tosca, Carmen or Turandot, among others. Of her most recent successes, Beatrice di Tenda stands out in Catania, La Traviata in the Macerata Sferisterio, Carmen in the Verona Arena, Turandot in Naples, Tosca in the Verona Arena, Oviedo, Bari, Trieste and Lake Tower, Macbeth in the Festival de Savonlina and The Battle of Legnano in the Regio of Parma. In ABAO-OLBE he has sung Carmen and Nabucco, title with which he will debut soon at the Liceu in Barcelona.