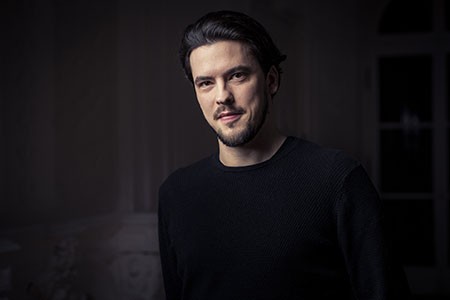 Andre Schuen, one of the liederistas most celebrated on the current scene, will perform the program Songs of the night and farewell (Night and Farewell Songs) at Lied Cycle of the National Center for Musical Diffusion (CNDM) and the Teatro de la Zarzuela, with pianist Daniel Heide. The recital will take place on Tuesday 17 May at 20:00 hours at the Teatro de la Zarzuela.

After his successful stint at the Teatro Real playing the Count of Almaviva in The Marriage of Figaro, the Tyrolean baritone will change to a more nostalgic register, sprinkled with dreams, goodbyes and night. Schuen will address a Central European thematic program made up of works by Franz Schubert, with some of his most famous lieder, Gustav Mahler, one of the greatest exponents of post-romanticism, and the Oscar-winning composer -and not so programmed- Erich Wolfgang Korngold.

Andrè Schuen returns to Madrid after being applauded in his last performances in the capital, with the beautiful Miller Schubert. Since leaving the Mozarteum University of Salzburg, where he trained with Horiana Branisteanu and Wolfgang Holzmair, its presence in Central Europe has been continuous. As liederista, has offered recitals with pianists of the stature of Gerold Huber, in rooms such as the Wigmore Hall in London or the Konzerthaus in Vienna, among other.

Journey into darkness and dreams

In the first part of the recital, the public will travel through the lyrical nature of Schubert's music, starting from an energetic About Wildeman, D 884, a lied that describes a journey to the beat of eighth notes. The journey continues with The lovely star, D 861, that leads us to happier shades, to later take darker routes, with works like The youth and death, D 545, describing how a young person accepts the arrival of death. Schuen will close the Viennese musician's compositions in this block with Elf king, D 328, a fast and anguished lied that requires a perfect vocal mastery and adapted to the difficulty of the accompaniment.

After Schubert, the singer will perform Kindertotenlieder, from Mahler and with lyrics by the poet Friedrich Rückert, who he wrote these pieces through grief after the loss of two of his children. Sadness and consolation are the main themes that run through this cycle of five songs that must be interpreted and listened to as a single global structure..

In the second part, Andrè Schuen will delve into the universe of Korngold, declared a genius by Mahler himself and whose repertoire in this program recreates an intimate atmosphere of simple melodies. Schuen's voice will reveal to us the adventures of a night traveler (nightwalker, on. 9), the mystery of the moon (Mond, so you go back up, on. 14) or love (what you are to me, on. 22).

The recital will close with a return to Schubert, with pieces like night and dreams, D 827, that will take the public to the depths of dreams.

The last tickets for this recital, with a General price 8 a 35 euros, are available at the box office of the Teatro de la Zarzuela, the National Music Auditorium, INAEM theaters, www.entradasinaem.es and on the phone 91 193 93 21.