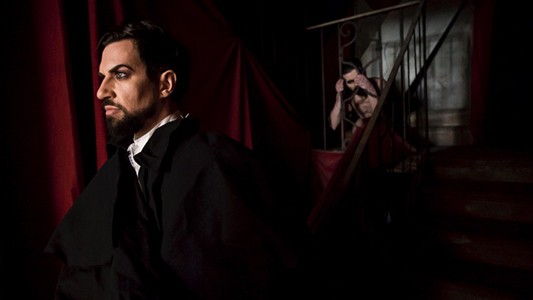 It is one of the most popular Lieder Franz Schubert, almost a small operatic scene for its dramatic force. Italian low Andrea Mastroni, in love with the musical work of Franz Schubert, He recorded in March 2016 a video Elf king to show their particular point of view of this jewel of Schubertian songbook with the complicity of the filmmaker Nicola Garzetti, the pianist Mattia Ometto and actor Salvatore Aversano. "The idea was to make a video clip as those made in popular music; this concept is that we moved to the work of Schubert. An experiment that has made us very happy ".

Mastroni confesses that his career in the world of song-after training as a philosopher and clarinetista- is due to the German composer: "I have chosen to sing music by Schubert. Interpret his masterpieces means facing a conflict that follows you and chasing after each musical phrase. It is fascinating", points.

Something the musician has created a school -for everyone organized, "You Schubertiades" who schedule their work-, with legion of followers. More than 600 Songs (songs) he composed during his -a life that should add their óperas- reflect a way of living one's life Romanticism. "If you do a little research at any stage of their Lieder
Andrea continues Mastroni- is located at least one of those songs that you pursue the vital problems. Erlkönig is very theatrical in its most purely form and carries something like a high narrative electricity to the Nth degree, because it is very modern '. Thus he was born the "temptation" to move this Lied to a current language, audiovisual. "I wanted to immerse myself in the different characters that give life to this traditional German fairy tale and artistic experience has been overwhelming". Working with cinematographer Nicola Garzetti "allowed us to create an indefinite atmosphere between
Baroque and Gothic. The result has been a synthesis of languages ​​of different art forms that explain this authentic infernal cavalcade that excels in the pages of Schubert '.