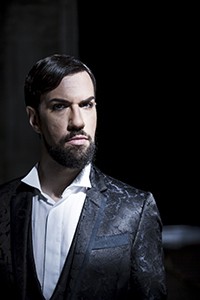 "It is written in memory of the tragedy opera in Venice 1966 by the sea level rise, now makes 50 years. everything happened, precisely, Earlier this month in a half century Nov., leaving thousands homeless ", explains the Italian low Andrea Mastroni, protagonista de Aquagranda, opera composer Philip Perocco that opens, he 4 of November, season Gran Teatro La Fenice in Venice (Italy). Periodically the northern Italian city receives the scourge of sea level rise, a phenomenon known as high Acqua, but rarely reach 2 meters, as in 1966 with a devastating balance. Libretto by Roberto Bianchin Y Luigi Cerantola, directed musically by Marco Angius and production Damiano Michieletto, Aquagranda is "a masterpiece born from the pen of a young composer as Filippo Perocco, whom I admire very much ", says Andrea Mastroni. "Already in the first reading my paper -Fortunato- was stunned by the large adjustment in the score achieved regarding my vocalism: it is written for a true deep bass, with accents extroverted, strangers, onomatopoeic games and high drama. In summary: I. My Venetian origins bind me even more with this plot and what happened in the city ".

This world premiere, which will be in theaters until 13 of November, It has a "very credible and very logical writing, and it holds very well from the standpoint of musical and narrative. Subjugates the terrible moment when his son Fortunato Ernesto reveals that no escape for any of them because the water does not stop to 'grow'. It also has evocative moments, as the madrigal 'Acque, atrocious waters', a time of great emotional impact ", says Andrea Mastroni. The Milanese singer emphasizes the illusion that makes you participate in this project, "I'll have the luck to return to work in a new production with the genius of Damiano Michieletto, It made me even more honored to be part of this special assembly ".
More information.