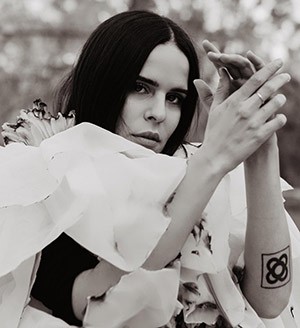 Two artists who are strongly renewing the flamenco scene, angeles toledano (cantaora) Y Maria Marin (singing and guitar), will be in charge of inaugurating the new edition of 'Flamenco Andalusia', a cycle of National Dissemination Center Musical (CNDM) and the Andalusian Institute of Flamenco, which brings together the best of the scene every year in Madrid current of the genre. The concert will take place on Friday 25 November at 19:30 hours, in the Chamber Hall of the National Music Auditorium.

Under the title "June, 1995” a double program is presented where Ángeles Toledano from Jaén will investigate the roots of cante, while the utrerana María Marín will deepen, to singing and guitar, in his particular vision of flamenco. the concert is a sample of the renewal that flamenco is undergoing thanks to young artists who stand out strongly with their art.

Toledano, accompanied by Benito Bernal and clappers Fernando and Ávaro Gamero, will present a project in which he conveys his vision of this art from the point of view of his generation. Meanwhile, Maria Marin, will offer a compilation of pieces where he collects his experiences in the Netherlands and makes a return trip to the places and sounds of his childhood and youth in Utrera. On the stage, will be expressed with a sound proposal full of light and color.

Andalucía Flamenca was launched in 2007 with the aim of creating a cycle in the capital of our country that would bring together the most outstanding flamenco art. Since then, this initiative has taken hold become one of the most successful flamenco offerings among the Madrid public -tickets for the season 22/23 they are already sold out- and is a benchmark for criticism. The cycle delves into the different soundscapes of jondo art, offering a perfect balance between some of the most established names on the current scene, heirs of great flamenco sagas, and young figures with careers in full projection capable of bringing flamenco closer to the new generations.

After the concert by Ángeles Toledano and María Marín, Andalusia Flamenca will continue the 16 december with the cantaores Jose de la Tomasa Y el Turry, who will offer a program called "The intimate science of cante". In it they will delve into the purity and mysteries of flamenco. Perrate, along with the guitar Alfredo Lagos, will star on friday 27 January a recital where he will address some of the most representative flamenco styles with his personal brand. The cycle will continue with two extraordinary voices: that of the singer Estrella Morente, one of the greatest artists of flamenco and Spanish song, he 24 February; Y Esperanza Fernández, authentic voice, heartbreaking and versatile, who will attend the cycle accompanied by the pianist José Miguel Évora, he 17 of March. The next appointment will be 28 of April, with two great names of flamenco from Jerez, the cantaor Jesus Mendez and the great guitarist Diego del Morao. Together, They will offer a forceful and deep concert in which they will sink their roots in the art of their land. The finishing touch will be another young artist who comes from a family of legendary flamenco musicians, guitarist Jose del Tomato, with the special collaboration of his father, Tomatito.