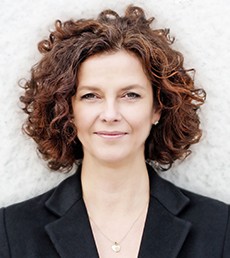 lyric mezzo beautiful reflections, of sonorities aureus, the singer addresses a substantial program, fine yarn, in which the hand is given three liederistas the German area, related to each other: Schumann, Brahms Y Wolf, which are listed in chronological order, but they are not placed in the program. The lyrical breath and penumbrosidad, the dramas described in some of these pieces contrast beautifully with the exquisite melodies from Hahn, surrounded by an aura of sensuality determinant.

The international career of this Austrian mezzo takes place with concerts and operas throughout Europe, North America and Asia. Recognized as one of the great interpreters of Richard Strauss and Mozart, It shows the variety of his vocal range in roles of operas such as Pelleas et Melisande, Sophie’s Choice y The rape of Lucretia. In recital and concert repertoire ranges from Bach, Berlioz, Brahms, Debussy, Dvořák, Korngold, Mahler, Mendelssohn and Ravel to Rossini, Schubert, Schumann, Weill and Wolf. She was awarded in 2007 with the title of Kammersängerin by the Austrian Government for its contribution to the Vienna State Opera. In 2009 He was named Honorary Member of the Royal Academy of Music in London and 2013 He won the BBC Music Magazine Award for his album Liszt, also receiving the prestigious European Cultural Award. Their commitments of the season 2015/16 included performances with the composer and pianist Bela Koreny in Wachau and Perchtoldsdorf (Austria), seven performances as part of the project Ganymed Dreaming in the Historical Museum of Vienna, a tour with the Camerata Bern to South America, concerts with the Orchestra Divertimento Viennese Konzerthaus in Vienna, and Symphony No. 2 Mahler in Leipzig with the MDR Symphony Orchestra and Kristjan Järvi. In recital will be presented at the Schubertiade Schwarzenberg and Hohenems, in Klagenfurt, Stockholm and Wigmore Hall, and opera returns to the Theater an der Wien as Ms. Peachum in The Threepenny Opera Weill's and toured Japan with Die Fledermaus and Wiener Volksoper.

DVD has appeared as Sesto in Giulio Cesare production of Handel at Glyndebourne, como en Cherubino Le Nozze di Figaro with René Jacobs, as Octavian in Der Rosenkavalier at the Salzburg Festival with Semyon Bychkov and as Sophie in the Royal Opera House in Sophie's Choice by Nicholas Maw. He has won three awards and a Grammy Echo Klassik. Born in Salzburg,He studied at the Academy of Music in Vienna with Gerhard Kahry and Walter Berry. Currently Kirchschlager regularly offers lectures. He resides in Vienna.