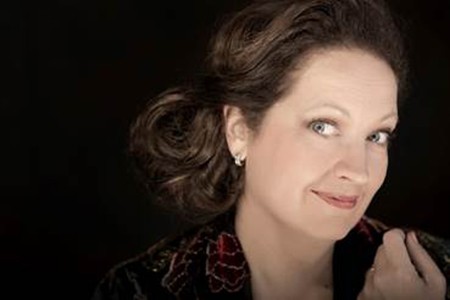 The XXIV season of the Lied Cycle will start tomorrow Tuesday, 10 October (20h00), at Teatro de la Zarzuela, with the long-awaited recital of Ann Hallenberg. Mezzosoprano known primarily for its ability to delineate the complex vocalizations proves true opera seria, we are also shown as a solid lied singer. The Swedish interpreter will be accompanied on the piano by Mats Widlund.

Tickets for this concert, with a general price 8 a 35 euros, They are on sale at the box office of Teatro de la Zarzuela, INAEM theaters, www.entradasinaem.es and using the telephone number 902 22 49 49.

Hallenberg is a liederist capable of penetrating, with its dark and suggestive timbre, in the byways of gypsy songs from Brahms, so peculiar rhythmic; in the lucid structures of the songs of Clara Schumann; in the surprising sinuosities of the Suite on. 41 from Medtner; in the bleak natural landscapes of the Rückert-Lieder from Mahler Y, such a great find, in the heart songs, of such brahmsian aromas, of his compatriot De Frumerie.

In the concert format it is equally comfortable, appearing in concert halls and festivals throughout Europe and North America. Its repertoire comprises music from the early 17th century (Monteverdi y Horses), through Mozart, Haydn, Beethoven, Berlioz, Brahms, Mahler Chausson, to the contemporary repertoire of Franz Waxman and Daniel Börtz.

He has recorded more than 40 CDs and DVDs with music by Bach, Haendel, Vivaldi, Mozart, Haydn, Gluck, Rossini, Mendelssohn, Brahms y Bruckner, among others. At the International Opera Awards in London in May 2016 your CD Agrippina won the award for Best Operatic Recital. This was his second award in that category., having also won it in 2014.