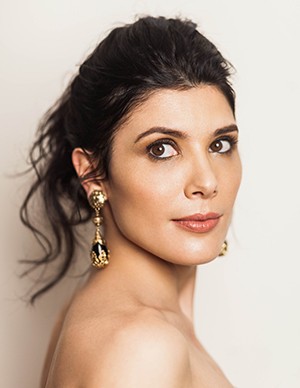 After getting a great success in Carmen last course of the season Alfredo Kraus of the Friends of the Opera de Canarias (ACO), Annalisa Stroppa back in May to Las Palmas to play the delicious Dorabella, one of the protagonists of the coral Così fan tutte, a masterpiece of Mozart and trilogy composer Salzburg perform with Lorenzo Da Ponte as libretista. Stroppa, who has played the sympathetic sister Fiordiligi at the Teatro Regio in Turin (Italy, 2018), Saatsoper in Vienna (Austria, 2016), in the Rouen Opera Normandy (France, 2016) and the Teatro Verdi in Sassari (Italy, 2013), the character faces "Special illusion", since it is about "One of the most interesting roles conceived by Mozart for string mezzosoprano".

para Stroppa, Dorabella "It is a little woman who begins to understand that in the game of love no one is completely safe. The play, a comedy of tangles with a vision that today could even be branded sexist, It proposes a fun two girlfriends cheating sisters who exchange them their promised. Dorabella is the first to fall, perhaps being the most naive. In any case it has a wonderful music and arias, duets and ensemble numbers are endearing ".

Annalisa Stroppa got exactly a year ago, last season in Las Palmas de G. C., a great success as the star of Carmen Bizet. "This is a completely different character, and I love the canary public can see me in this most comical and relaxed side. I loved singing there and it is an honor to return. I'm sure ACO's friends get a new success with this fantastic opera by Mozart ".

Stroppa returns to the Canary Islands from Munich, where he has been Suzuki Madama Butterfly and Adalgisa of Rule, part of a hectic schedule that also has led to Naples (The Tales of Hoffmann), Berlin (The Barber of Seville), Padua (Cinderella) or Buenos Aires (Rule), a journey that, after Las Palmas will continue in the festival Chorégies of Orange (Don Giovanni), Parma (Nabucco) and Hamburg (Cinderella).