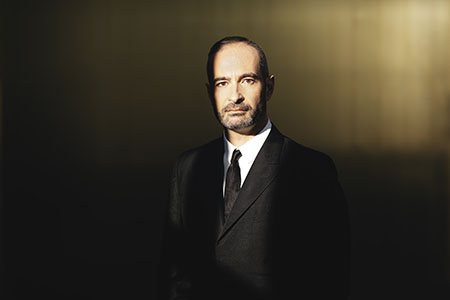 Antonello Manacorda Debuts in Palau de les Arts with works Berlioz, Debussy Y Mendelssohn-Bartholdy tomorrow Saturday, 29 of May, to 19.00 h in the Auditorium. The Turin director, one of the batons with the greatest projection on the circuit, directs for the first time the Orquestra de la Comunitat Valenciana with a suggestive selection of works, for which he will have the ascending ‘mezzo-soprano’ Marianne Crebassa as soloist.

The program begins with the famous overture of ‘A Midsummer Night's Dream’ that Felix Mendelssohn- Bartholdy composed with only 17 years, fascinated and inspired by William Shakespeare's comedy of the same name. Will follow, keeping the summer nights as a common thread and the figure of Shakespeare, el ciclo de canciones ‘Summer nights’, Berlioz, with which the rising ‘mezzo-soprano’ Marianne Crebassa will sing for the first time in Les Arts. Composed from poems by his friend Théophile Gautier, Hector Berlioz evokes with this work his well-known admiration for the genius of English literature.

The evening closes with one of Claude Debussy's most appreciated pages for orchestra, 'The sea', in addition to being one of the works most closely linked to the history of the Orquestra de la Comunitat Valenciana, with which the titular formation of Les Arts starred in its first international performance at La Fenice de Venecia in 2007.

Les Arts recalls that the prices of the tickets for this concert range between 30 and the 45 euros. Antonello Manacorda
Close collaborator of Claudio Abbado, with whom he founded the Mahler Chamber Orchestra, formation of which he was concertmaster for eight years, Antonello Manacorda is currently one of the directors with the greatest projection of his generation, required by major theaters and orchestras.

Especially appreciated for its versatility, the richness of his musical and cultural background has allowed the Turin conductor to consolidate a wide repertoire —both operatic and symphonic—, mainly from French composers, Germans and Italians.
Likewise, Manacorda cultivates an important recording facet. Artistic director of the Kammerakademie Potsdam since 2010, he has recorded with the formation two cycles of Mendelssohn and Schubert, which have received the highest critical acclaim as well as the ECHO Klassik 2015 in the category ‘Best orchestra of the year’. Con la The Gelders Orchestra, formation of which he is the main director
since 2011, has registered, Likewise, Ravel and Debussy pieces, Mahler y Berlioz.

Marianne Crebassa
Since its debut at 21 years at the Montpellier Opera, the ‘mezzo-soprano’ Marianne Crebassa has starred in a brilliant career to become one of the most sought-after voices in her tessitura. Recognized and awarded for its exquisite performances, the main opera houses, festivals, concert halls and auditoriums, from the Salzburg Festival or the London Proms, to Vienna, Berlin, Milan, New York or Paris, require the presence of the young French artist.