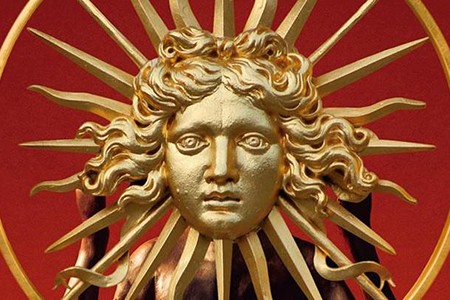 Due to the difficult health situation that COVID-19 has generated in Europe, with special incidence in France and Spain, the show The birth of the Sun King, The royal ballet of the night, conceived and performed by the French company Ensemble Correspondances, whose premiere was to take place next Friday 16 October, has been canceled due to difficulties in the transfer of the artists to Madrid.

As he Teatro Real as the Matching set, conducted by harpsichord player Sébastien Daucé, They are working with their agendas to find a new date in which to carry out this beautiful function that involves the recovery of a work as interesting as it is unusual in the history of European music..

Subscribers and fans with tickets to this show will receive a refund of the amount of the same in their checking account, on the credit card with which they made the purchase or at the Theater box office if this was the mode of acquisition.

There are many monarchs who have starred in operatic titles (only in this season of Real we have Edward II of England, Ferdinand IV of Castile and Gustav III of Sweden), but very few titles that have the honor of having been released by a monarch, as is the case of The royal ballet of the night (1653), show in which King Louis XIV incarnated the god Apollo as a dancer with barely 14 year old.

The show, nothing innocent in political terms, sanctioned the triumph of the crown over the revolts that the aristocrats of the Fronde had instigated during the preceding five years, through an allegory in which the Sun King dispelled the darkness of the night, arranged musically throughout four vigils that alternated sung and danced numbers.

the score, composed of various French and Italian composers linked to the court, slept for centuries among the archives of the Philidor collection of the old Paris conservatory, until its rediscovery in 2004 and his musical recreation in 2016 por parte by Sébastian Daucé and Ensemble Correspondances.