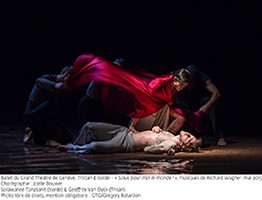 The Musical Fortnight San Sebastián begins its 77º edition, which is held between the 4 and the 31 of August, with 16.000 Tickets sold seven appointments with sign no bills or about to fill all locations. “Fortnight 2016 start off on the right foot: a few days before the start we have two of the great Kursaal concerts sold out - the closing one sold out in less than two hours!- and there are five others that are on the verge of full. further, the renewal of season tickets has been 100%”, It noted Patrick Alfaya, artistic director of the festival. According to the person responsible for programming, this edition stands out as the most choral of recent years. In addition to the usual groupings (Orfeón Donostiarra, Andra Mari O Easo), they will also be Monteverdi, Collegium Vocale Gent, Balthassar Neumann Y Pamplona Choral Society.

The cycle of Kursaal auditorium start the 5 August with "The Passion according to Saint Matthew", from J.S. Bach, in charge of sir John Eliot Gardiner, who will lead English Baroque Soloist, Monteverdi Choir and the twenty young people that make up the Easo School. Tickets for this concert are already sold out. As well as those of the closing show the 31 of August, a historic closing that will bring together for the first time on stage 400 musicians of the Symphony Orchestra of Euskadi and Bilbao to interpret Berlioz's “Te Deum”, in addition to the Donostiarra and Pamplona choirs together with the Easo Escolanía.

Other events that have aroused the interest of the public are the opera "Don Giovanni", Offered in a semi-staged version with a cast including the baritone Christopher Maltman (13 of August); also the performance of the set of Budapest Festival Orchestra and the Orfeón Donostiarra (21 of August); and that of the Radio Symphony Orchestra Frankfurt with the choral music group Andra Mari Choir (27 of August).

The oldest classical music festival in Spain is also, the most sustainable and in this edition dedicates a special role to W. A. Mozart. It seeks to expand its audience through initiatives such as #chatting. Thanks to this project, the Fortnight invites eight people aged between 18 Y 30 years (in the days of 13, 23, 24 Y 27 of August), and from between 30 Y 55 years (21, 23, 24 Y 31 of August), to attend a classical music concert for the first time. Until now, about 200 people have enjoyed their first contact with this genre. In this way, the quote has become an essential reference, reinforcing the image of San Sebastián as a cultural city.